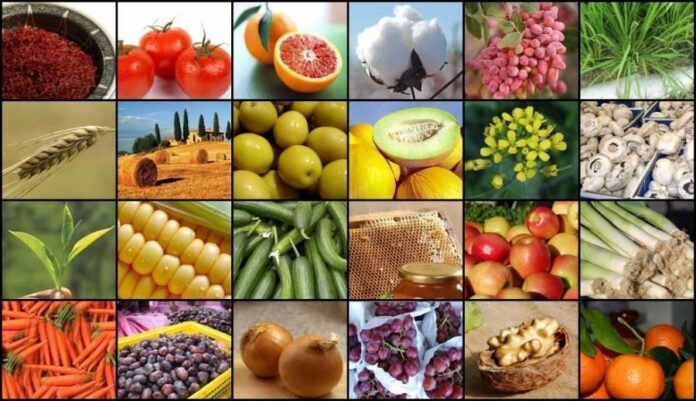 During the 23rd International Agricultural Trade Fair, also known as Iran Agro Food 2016, which was recently held in Tehran, six new nanoproducts were put on display in the field of agriculture and food industry.

Here’s IFP’s translation of a report by ISNA on these new products:

Iran’s latest nanotechnology achievements in the field of food and agricultural products were released in the Agro Food 2016, which was attended by 710 domestic and 746 foreign companies.

Nano-structured hard and resistant coatings for industrial pieces, tools, and equipment exposed to erosion and corrosion were among the achievements unveiled in this exhibition.

These coatings increase the durability of pieces, tools, and moulds, reduce the need for repeated repairs and services, increase the surface quality of parts, decrease the production cost, save on foreign exchange, considerably boost the pieces’ resistance, and lead to a tenfold increase in their lifespan.

Biodegradable nylon was the second product released in the exhibition. These nylons are made of nanoparticles that increase the degradability of polymers. Using nanotechnology, the lifespan of plastic can be decreased from 200 years to less than 5 years.

Greenhouse coating was another nanoproduct, which includes three-layered greenhouse nano-nylons. Special features have been added to each of these layers to improve the quality and performance of these coatings.

Nano-pesticides were also unveiled at Agro Food 2016. These pesticides contain chitosan nanoparticles with menthol and are anti-fungal. These substances reinforce the plant’s natural safety system and help it [the plant] release certain proteins and biochemical compounds. Pests and pathogenic microorganisms are sensitive to these compounds and are killed after a while.

Industrial nano cavitation device was another achievement displayed by Iranian researchers. The energy produced in this device is used for cold pasteurization, mixing of liquids insoluble in liquid mediums, and also in enhancement of chemical reactivity in different substances.

Cold plasma generator is also used for increasing the shelf life of food products and their sterilization and boosting the germination of seeds. Through a non-thermal process, cold plasma can decrease the microbial load of raw and refined agricultural materials.

Iran Agro Food 2016 was held from May 30 to June 2 at Tehran International Permanent Fairgrounds.

Known as the largest and most famous international food and agricultural event in the Middle East ever since its first edition in 1994, Iran Agro Food has been divided into three specialized sections since 2006: “Iran Food and Hospitality 2016”, “Iran Food + Bev Tec 2016”, and “Iran Agro 2016”, which are held as three events simultaneously.