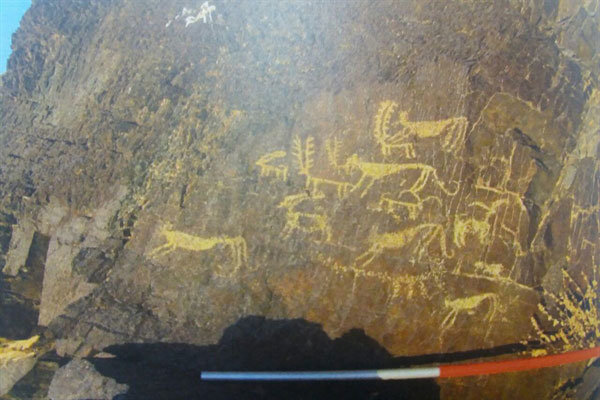 In a recent discovery, archaeologists have found carvings on a 5,000-year-old stone in Iran’s central Isfahan province.

The ancient rock crafts have been discovered in the vicinity of Shahinshahr and Meymeh cities near what seem to be ancient paths of economic and cultural communication.

According to a Farsi report by Mehr News Agency, Director General of Isfahan Cultural Heritage, Handicrafts and Tourism Department Fereydoun Allahyari said a team of archaeologists arrived at the site when they were on a visit to the city of Meymeh.

“A number of ancient graves have also been discovered that belong to pre-Islamic times.”

He noted that the initial archaeological investigations show that these carvings known as Negarkand belong to the third millennium BCE, i.e. around 5,000 years ago.

“The people who carved these signs on rocky walls lived in the age of civilization and carved various signs through commercial communications with their surrounding centres.”

Another official from Isfahan’s Cultural Heritage, Handicrafts and Tourism Department said carvings on rocks are among the first indicators of non-verbal and intuitive communication of humans from prehistoric times.