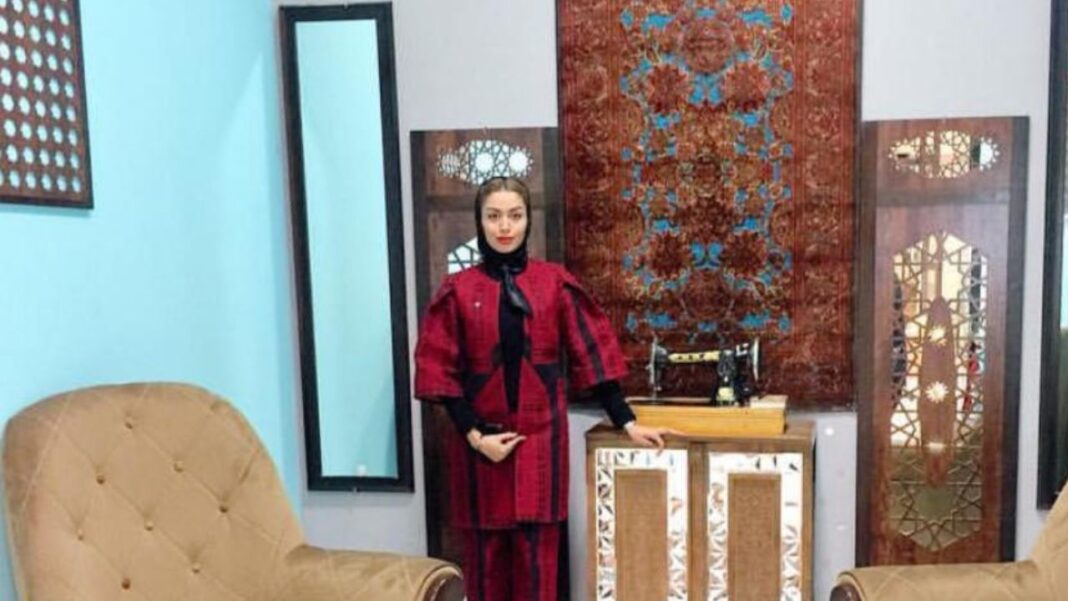 An Iranian woman from Sistan and Baluchestan, the most underdeveloped Iranian province located in the country’s southeast, has been chosen as the youngest Iranian entrepreneur of year.

In an interview with Etemad daily, the 26-year-old woman has talked about the efforts she made to win the title.

Ghazal Bakhtiar Pakzad says when she was a teenager she used to patch things together without knowing the basics of sewing. She has now set up her own brand and company, and is one of the country’s top entrepreneurs.

The girl, who is from Zahedan, says she wishes her photo would someday appear on the front page of the Vogue Magazine.

Ghazal travelled to Tehran four years ago when she was 23 to attend a tailoring course. After passing the course, she returned to Zahedan. “After a while, I noticed one of the prominent clothing brands in Tehran is looking for a designer. I sent my samples and they accepted to hire me,” she says.

“Since September last year, with the support of Zahedan Science and Technology Park, I started working in my own company called Parivar Designing House. I chose the word Parivar because it is a kind of needlework in our province; an art that is more than 800 years old and has been practiced before the introduction of Islam to our country.”

She says she was chosen as the top entrepreneur while there are many other costume designers working in the country. “My art style was very eye-catching because of its special creativity.”

“In our clothes, we combine needlework with modern fabrics. Also, instead of using the fabrics separately, we design and then fabricate them using a patchwork technique and with a computer software program. From the artistic point of view, we are the only company in this province that has embraced the postmodern style of sewing, textiles, clothing and fashion design.”

Currently, three trainers, three tailors, two photographers and four models work with Ghazal Bakhtiari in her company. In addition to producing clothes, 15 students are undergoing training at her company.

“I want to become an international designer. I want to run exhibitions outside Iran to show Iranian models with Iranian fabrics, sewing and design to the world. One of my dreams is that my photo be published on the front page of the Vogue Magazine and then I design clothes for famous guys. I think this era belongs to women; the women who want to make the world a better place,” she added.