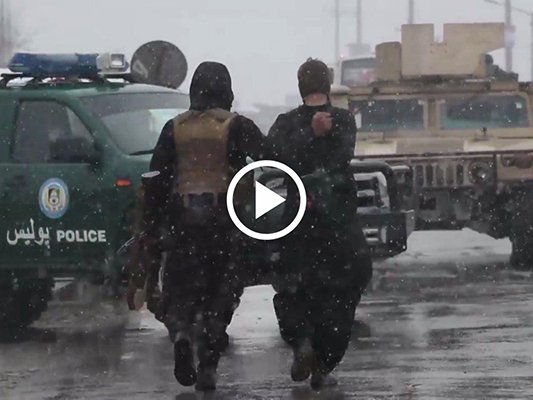 An ISIS attack on an army post near Kabul's military academy in the early hours of Monday has killed and wounded dozens of Afghan army personnel.

Five gunmen attacked the university at 5:00 am first with RPGs and then clashes between Afghan forces and attackers started.

According to the New York Times’ correspondent in Kabul, there were five attackers, two of whom detonated their suicide vests, two others were gunned down by security forces and one arrested alive.

The Ministry of Defence later announced the end of the attack, in which 11 members of the Afghan National Army (ANA) were killed and 16 others wounded.

The area has been sealed off by Afghan security forces.