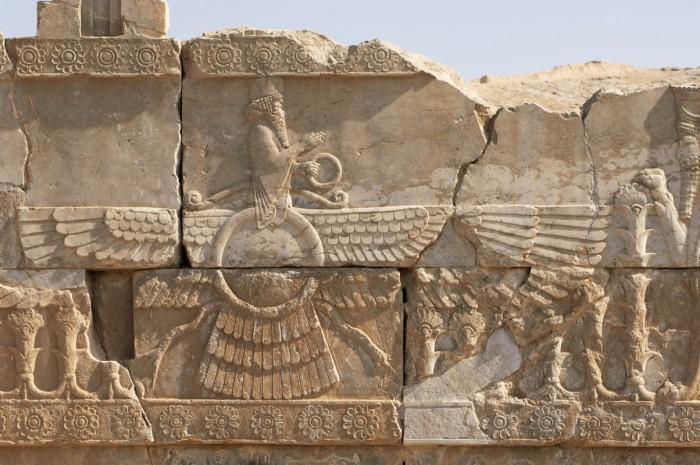 Mehregan or Mehr is one of the most glorious Iranian festivals annually held from October 8 to 14. It is the biggest Iranian festival after the Persian New Year or Nowruz.

Mehregan festival is named after the first Persian month of autumn, Mehr. In the ancient times, particularly during the Achaemenid dynasty, Iranians celebrated the arrival of autumn as magnificently as the Persian New Year.

Mehregan included a series of special rituals held by ancient Iranians to pay gratitude to God (Ahura Mazda) for his generosity and mercifulness towards his creatures. To most historians, Mehregan reveals Iranians felt duty-bound to express affection to each other.

Esfandyar Ekhtiari, the representative of Zoroastrians in the Iranian Parliament, calls Mehregan one of the greatest Iranian festivals. He says Iranian and Zoroastrian cultures have merged together throughout history; and the Zoroastrians have every reason to be proud for celebrating the festival annually through history even under harsh conditions.

Mehregan Festival carries multiple meanings. It is the festival of friendship, affection and covenant, a series of concepts which take meaning only when viewed together. The most important message of Mehregan is the victory of good over evil.

The rituals of Mehregan have gone through various changes over the past thousands of years; and been held differently in different regions of Iran.

In ancient era, people came together during Mehregan in purple clothes. Each of them held a felicitation letter (or greeting card, as it is called today) in hand as a gift to present to others.

The felicitation letters had a sweet smell and were wrapped up in a nice way. During the festival, a tablecloth full of autumn foods and drinks was unfolded. People played music and performed group dances after eating and drinking. They sang songs and danced together. They also added some flammable plants like saffron into the fireplace to make the fire more blazing.

At the end of ceremony, the Iranians made a circle by taking each other’s hands as a sign of reaffirming pledges together.

Visiting each other (based on an Iranian culture, it is the younger ones who pay visit to the elders) is another part of Mehregan rituals. They also named the babies born during the month with the word Mehr as a prefix coming before their first name; like Mehryar, Mehrshid, Mehrnoush, Mehrpad, Mehrdad, Mehrban and so on.

Today, Mehregan Festival is not marked in the ancient form described in historical books of fourth, fifth and sixth centuries. Neither is it celebrated by the government or private and unofficial entities.

These days, the festive is held only as a family festival among Zoroastrians in the southern provinces of Yazd and Kerman. In some Zoroastrian-populated villages of Yazd, people sacrifice a ship for Mithra. They also hold gatherings in public places singing songs and saying prayers. Mehregan tablecloth is unfolded as in the past; and people reaffirm pledges of friendship to each other at the end of the ceremony. 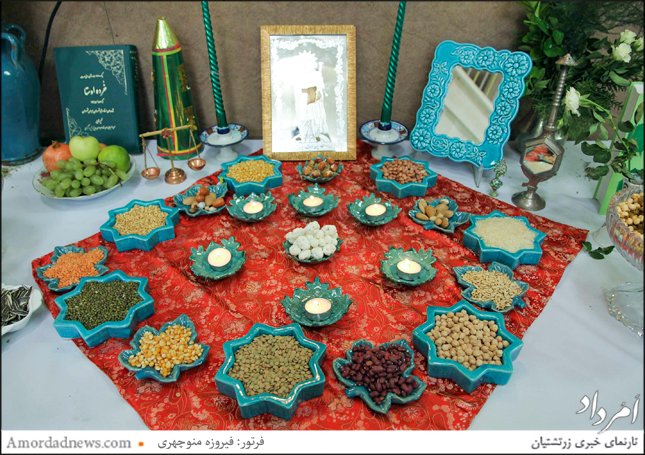 Like Haft-Seen (of Nowruz) and other Iranian tablecloths, Mehregan tablecloth includes a collection of fruits and dishes decorated with various types of flowers. There is also a special drink made of Hom juice (a holy drink used by Zoroastrian believers on special occasions). The juice is diluted with milk and drank with a certain type of bread put on purple cloth around the fireplace.

Seven-cereal soap made of wheat, barley, lentil, rice and other cereals is also among the main dishes of the tablecloth. It also has a bowl full of water and rose water, some coins as well as some pieces of violets and basil and a mirror.

Over the past two years, given the coincidence of Mehregan Festival and Muharram month in the lunar calendar year, during which the martyrdom of the third Shiite Imam is mourned, most Zoroastrians have decided to mark the Mehregan Festival only in the schools of Yazd and Kerman as a sign of respect to their Muslim brothers.

Below, you can see photos of Mehregan Festival, as well as Mehregan tablecloths, from ceremonies held in Yazd. The photos have been retrieved from Amordad News: