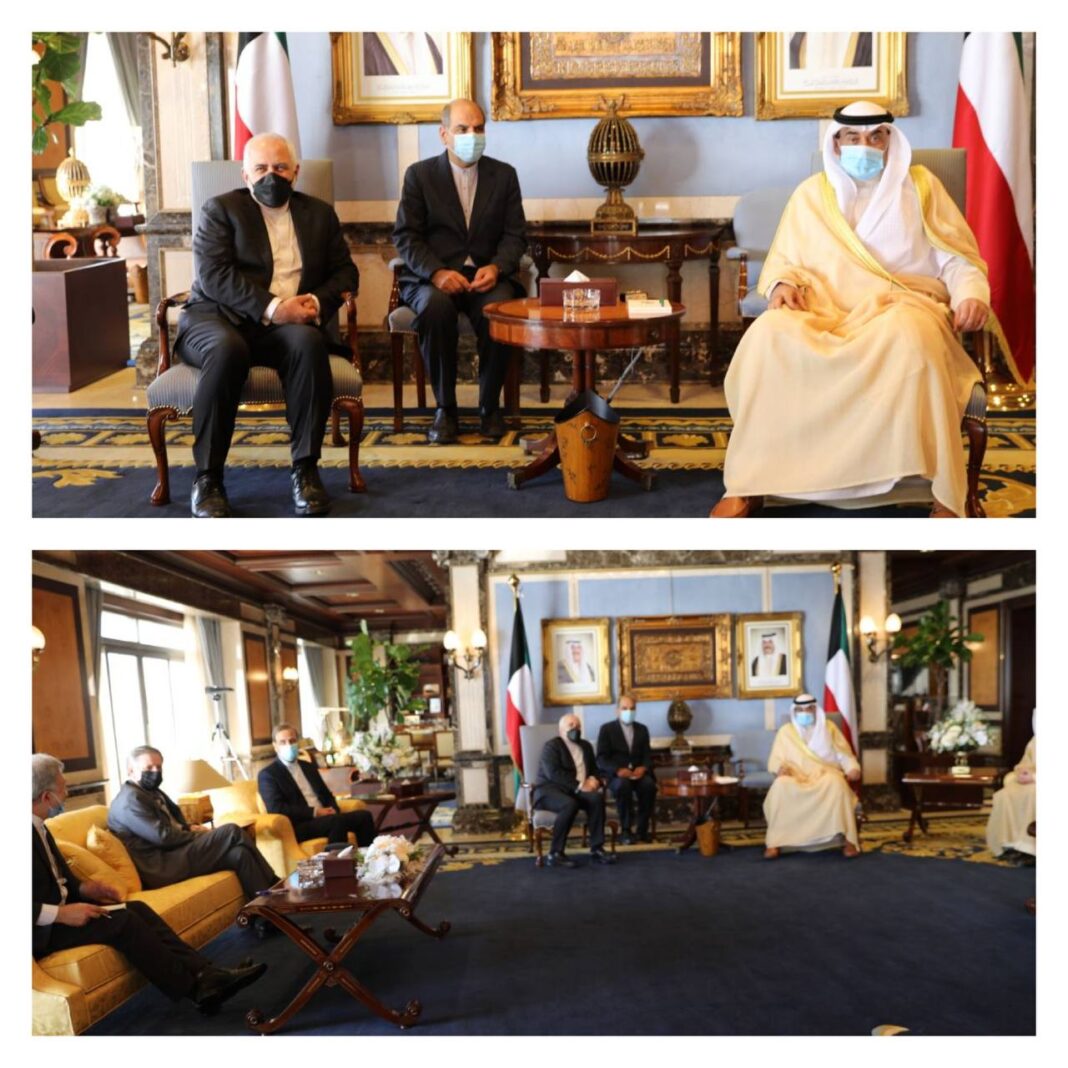 In the Thursday meeting, the two sides discussed issues of mutual interest.

Foreign Minister Zarif touched upon mutual relations in different areas, and highlighted the need to further upgrade reciprocal ties and actualise the existing potential, especially in economic and trade domains.

He expounded on Iran’s view on the latest regional developments as well as talks with the P4+1 group in Vienna.

Zarif said his tour of the region at a time when Vienna negotiations are underway indicate Iran’s special attention to regional issues and relations with neighbouring countries.

He urged Iran and Kuwait to make efforts to resolve the existing problems and issues and to further promote multilateral cooperation among regional countries.

The Kuwaiti prime minister, in turn, welcomed Zarif’s visit to the Arab country and underscored the necessity of further discussions between the officials of both countries.

He touched upon the existing potential for further enhancement of mutual cooperation and briefed Zarif on Kuwait’s views on regional issues as well as the need for an initiative in regional talks.

He further highlighted the status of the two countries in the region.

The Kuwaiti prime minister expressed content with the continuation of talks in Vienna, expressing hope the negotiations will produce positive results.
Among other topics discussed in the meeting was cooperation on different issues, including fighting the coronavirus pandemic, environmental issues, consular affairs and visa issuance as well as some problems related to Iranian launches in Kuwaiti ports.