Zarif: People by their vote will insure success of diplomacy 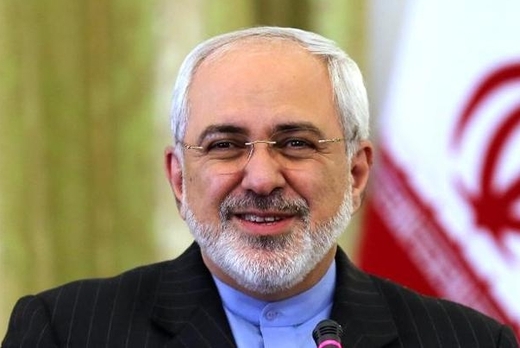 Iranian Foreign Minister Mohammad Javad Zarif in an interview with Persian daily Iran has touched upon various topics. Commenting on the coming elections, Mr. Zarif while underlining the importance of massive participation of people in Parliamentary election said the country’s national sovereignty in international arena, depends on the number of the votes in the blot boxes.

The most important message sent by previous presidential election to the West and world powers was that sanctions can not separate the Iranian nation from the establishment and people by taking part in election and casting their votes will express their will  and views, said Mr. Zarif.

He went on saying that people’s vote in presidential election empowered us and now once again the vigilant presence of people will provide strong backing for diplomacy and massive turnout will boost our bargaining power.

He added that I should remind the fact that Iranian people do not need anybody from abroad to tell them to take part in the election because our people are very thoughtful, mature and vigilant and I have no doubt that they will take part in a glorious manner in Friday elections.

Mr. Zarif said such presence under the vey critical situation of the region is of great importance. The region is in great turmoil and Islamic Republic is the only country in this part of the world that with blessing of almighty God is enjoying tranquility and security and we should know that peace and security are not trivial achievements.

He said I am confident that people by their massive turnout in elections will provide the government of their country a chance to advance its foreign policy with dignity and firmly based of constructive interaction with outside world.