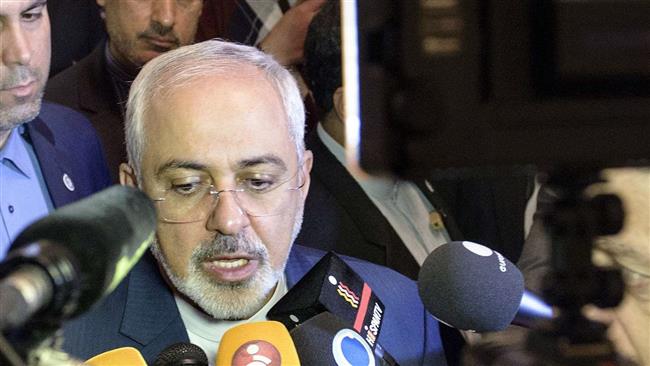 I hope we can finalize the work on Wednesday and hopefully start the process of drafting tomorrow, Zarif told reporters.

Iran’s Foreign Minister Mohammad Javad Zarif says he hopes parties to the talks over the country’s nuclear energy program could arrive at the expected understanding on Wednesday.

“We’ve been working since 7:30 in the morning and it’s been a very long day for all delegations. We have accomplished quite a bit, but people needed to get some rest and start over early in the morning,” he said in Lausanne, Switzerland.

“I hope that we can finalize the work on Wednesday and hopefully start the process of drafting tomorrow,” he added.

Russian Foreign Minister Sergei Lavrov also said early Wednesday that the world powers had “reached an agreement in principle on all key aspects” of the outlines of a nuclear deal, Russian media reported.

“One can say with relative certainty that we at the minister level have reached an agreement in principle on all key aspects of the final settlement of this issue, which will be put on paper in the coming hours or perhaps within one day,” Lavrov was quoted as saying by Ria Novosti.

Speaking on Tuesday night, French Foreign Minister Laurent Fabius said, “We are making progress. But it’s complicated, it’s long and difficult. And I’m afraid that we may be going through the night.”

A senior member of Iran’s nuclear negotiating team said Tehran and the P5+1 had reached an agreement on the removal of anti-Tehran sanctions, but minor issues still remained.

Hamid Baidinejad, who is the director general for political and international security affairs at Iran’s Foreign Ministry, told a Press TV correspondent in Lausanne that Tehran and the six states were working to minimize the gaps on the remaining minor issues regarding the bans.

“Sanctions have many aspects; there are unilateral sanctions, US sanctions, EU sanctions, UNSC sanctions… I should say that many of these aspects have been resolved, but still there are some limited areas that also need to be resolved, and we are now concentrating on those remaining technical aspects with regard to the sanctions,” he said.