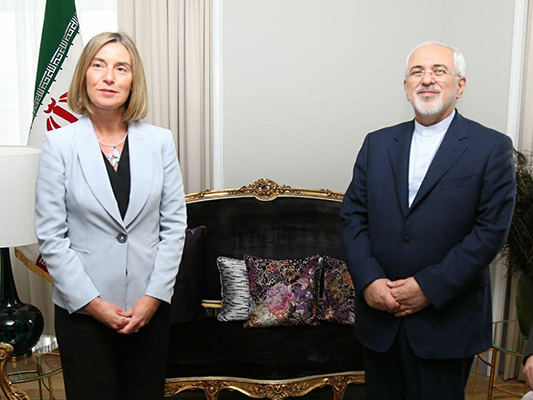 Political dialogue is the only way to reduce tension in the Mideast and resolve issues gripping the region, Iran’s Foreign Minister and the European Union’s Foreign Policy Chief said in a Monday meeting in Oslo.

In their bilateral meeting in the Norwegian capital of Oslo, which was held ahead of the Oslo Forum, Zarif and Mogherini also discussed other regional topics including Syria and the developments in Persian Gulf region.

In this meeting, Mogherini once again stressed that the EU is committed to the implementation of the JCPOA, the nuclear deal between Tehran and world powers.

Zarif, for his part, underlined that Iran will never be the first party to violate the nuclear deal.