Zarif: Implementation of new US visa law tantamount to breach of JCPOA 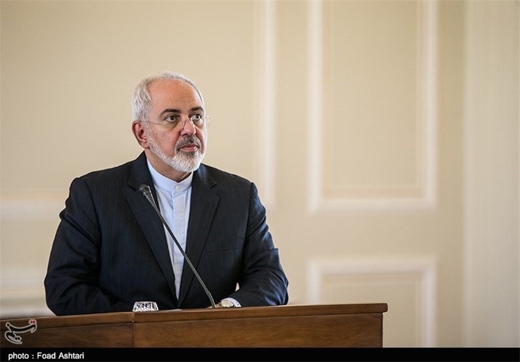 If the law takes effect exactly as approved by the US Congress, it would amount to the breach of JCPOA, Zarif told a joint press conference with his Mongolian counterpart.

Foreign Minister Mohammad Javad Zarif said should the new law that tightens visa-free travel to the US come into force, it would be tantamount to a breach of the July nuclear deal between Tehran and six world powers, known as the JCPOA.

If the law takes effect exactly as approved by the US Congress, it would amount to the breach of the Joint Comprehensive Plan of Action (JCPOA), Zarif said in a joint press conference with his Mongolian counterpart Lundeg Purevsuren in Tehranon Wednesday.

The Iranian top diplomat was referring to a new bill passed by the US Congress and signed by President Barack Obama, which will prevent visa-free travel to the United States for people who have visited Iran or hold Iranian nationality.

However, Zarif added, if the US administration utilizes its power and officially announces, as did Secretary of State John Kerry, that the law will not prevent the implementation of the JCPOA, Iran will consider the issue and decide whether the law is a breach of the agreement or not.

Zarif said Iran discusses the issue with the US administration as the representative of the entire US and that Iran does not care about the Congress and its laws.

He further emphasized that the US government has certain commitments based on international law and rules set for relations between states and that it should resolve its domestic issues as it sees fit.

According to the bill, which was passed in the US House by 407 to 19 on December 8, visitors from the 38 “visa waiver” countries will need to obtain a visa to travel to the US if they have been to Syria, Iraq, Iran or Sudan in the past five years.

It means citizens of many EU countries and the rest of the 38 states participating in the program who travel to Iran either for business or visiting the country’s attractions will have to obtain a visa should they ever want to enter the US.