Zarif has described talks with Kerry as positive 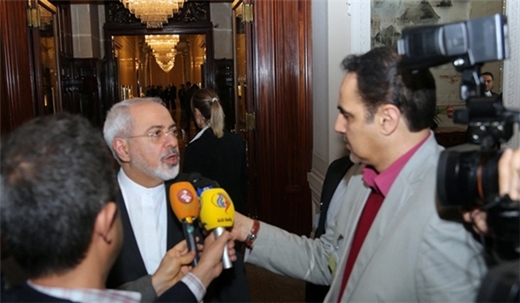 Iranian foreign minister has termed the latest round of talks with his US counterpart as positive; nuclear negotiations are to resume on March 25.

Iranian Foreign Minister Mohammad Javad Zarif said Friday nuclear talks are at a sensitive stage and that his negotiations with US Secretary of State John Kerry earlier in the day have been “positive”.

“On each front there are a couple of issues which have yet to be settled. Naturally these issues are the most difficult,” the Iranian top diplomat said.

Zarif’s deputy Seyyed Abbas Araghchi, meanwhile, said in light of the fact that the US and the European members of P5+1 need to coordinate things, nuclear talks are expected to resume on March 25.

In another development, Secretaries Kerry and Moniz paid a visit to Hossein Fereydoon [President Rouhani’s brother and special adviser] to offer condolences to him on the passing of his mother.