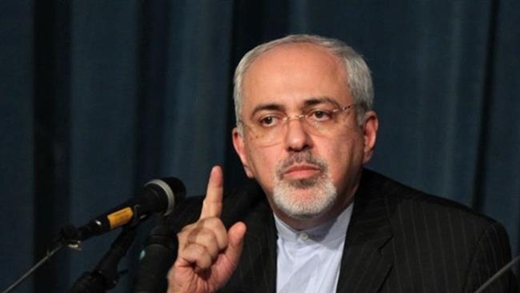 Zarif has criticized Kerry’s remarks over US capacity to use military force against Tehran, dismissing it as a “hollow threat.”

Iran’s Foreign Minister Mohammad Javad Zarif has dismissed recent remarks made by his US counterpart John Kerry as “incomplete hints” about some issues raised at the latest nuclear negotiations between Iran and P5+1.

In a statement, Zarif responded to some of Kerry’s claims he made on Thursday at a hearing before the Senate Foreign Relations Committee over the conclusion of the nuclear talks with Iran.

“As we have announced time and again, the Iranian nation’s resistance to various kinds of international pressure to give up [the country’s] peaceful nuclear program, and the pursuit of its rights based on the nuclear Non-Proliferation Treaty (NPT)” forced the United States to put confrontation aside and come to the negotiating table, Zarif said.

During the Senate hearing, Kerry had said, “I was privileged to be the chairman of this committee when we passed the Iran sanctions effort,” claiming that the sanctions “played a very significant role in bringing Iran to the table.”

Iran and P5+1– the US, Britain, France, China and Russia plus Germany – succeeded in finalizing the text of an agreement, dubbed the Joint Comprehensive Plan of Action (JCPOA), in the Austrian capital Vienna on July 14 after 18 days of intense talks over Tehran’s nuclear program.

The Iranian foreign minister also criticized Kerry’s remarks over “US capacity to use military force” against Tehran, dismissing it as a “hollow threat.”

The US secretary of state and other American officials have frequently acknowledged that “these threats have had no effect on the Iranian people’s will,” Zarif said, adding, “It’s better for the Americans to forget their long-lasting habit and put aside the language of threat and sanctions against the great people of Iran once and for all.”

“If Iran fails to comply [with the agreement], … we will be able to respond accordingly by reinstituting sanctions all the way up to the most draconian options that we have today. None of them are off the table at any point in time,” Kerry had said during the hearing.

Zarif further stated that he had repeatedly told Kerry during the negotiations that Iranians have many reasons to be angry at the US administrations and their policies over the past 60 years.

Washington’s anti-Iran moves, including “the coup against a democratic government and its support for the coup government in 1953, all-out support for the Pahlavi regime, backing [Iraq’s] Saddam Hussein regime in its countless crimes against the people of Iraq and Iran…, and other hostile measures against the Iranian nation such as unfounded allegations over Tehran’s peaceful nuclear program and the imposition of cruel and blind sanctions against the people,” are the reasons for the Iranian nation’s anger toward the US, the minister said.

Zarif further noted that contrary to Kerry’s remarks, JCPOA clearly stipulates that the contents of the United Nations Security Council Resolution 2231 are different from those of the accord reached between Iran and the six major powers.

On July 20, the Security Council unanimously endorsed a draft resolution turning JCPOA into international law. All 15 members of the body voted for the draft resolution in New York, setting the stage for the lifting of the UN sanctions against Iran.

Some issues Kerry had brought up regarding Iran’s support for its regional allies that are in the forefront of battling extremism and ISIL Takfiri terrorists “have no relation to the agreement,” Zarif said, adding that Tehran will do everything in its capacity to counter terrorism and extremism in the region.

“Its (Iran’s) support, its contributions to sectarian violence in the Middle East and other things, all of those are unacceptable,” Kerry had claimed.

In his statement, the senior Iranian official also underscored that US efforts to create divisions between Iranian authorities are “doomed to failure.”

Iran’s “policy both on regional issues and relations with the US is completely clear, and the government officials, along with the Armed Forces and the Islamic Revolution Guard Corps, follow the same policy on different issues based on the guidelines of Leader of the Islamic Revolution [Ayatollah Seyyed Ali Khamenei],” Zarif stated.