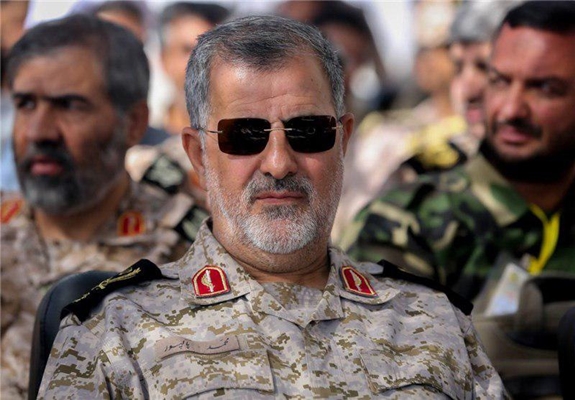 A senior IRGC commander says the suicide attacker behind the recent terrorist attack on IRGC forces in south-eastern Iran has been identified as a Pakistani national named Hafiz Muhammad-Ali.

Brigadier General Mohammad Pakpour, the commander of the IRGC’s ground forces, made the statement in a ceremony commemorating the martyrs of the attack which hit a bus carrying Iranian border guards in Zahedan-Khash road last Wednesday.

General Pakpour said some other members of the terrorist team, affiliated with the Jaish al-Adl terrorist group, have also been Pakistanis.

“Two members of the terrorist team were Pakistanis,” he said, adding that another Pakistani has been supporting the team from Pakistan.

Three members of the terrorist team were Iranian nationals from Sistan and Baluchestan province, he said.

The IRGC general said two members of the terrorist team have been arrested and another one has fled, but Iranian security forces will soon catch him, he said.

At least 27 IRGC border guards were martyred and 13 others wounded in one of the deadliest attacks against IRGC personnel in years.

The Pakistan-based Jaish al-Adl, an offshoot of Jundullah which has carried dozens of terror operations inside Iran in recent years, claimed responsibility for the attack.