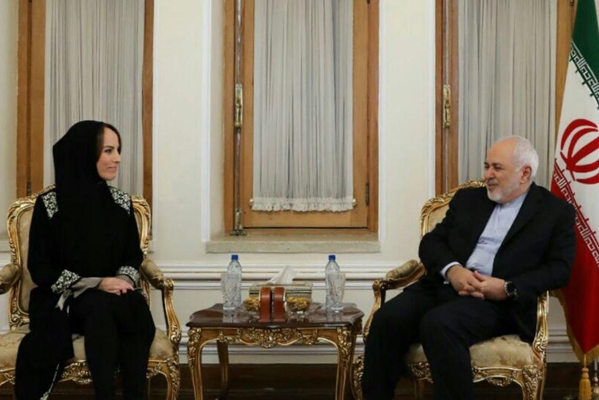 During the Sunday meeting, the two sides underlined their preparedness to expand mutual cooperation and interactions, and the capacities and facilities of national parliaments, particularly those of the IPU, for the reinforcement of collaborations between countries.

They also highlighted the use of parliamentary mechanisms to ease regional tensions and implement plans and initiatives to promote regional cooperation.

Tensions have mounted between Iran and the US as Washington has adopted a policy of “maximum” pressure against Tehran.

The Pentagon said last Monday that the US will send 1,000 additional forces and more military resources to the Middle East to address “threats” in the region.

Such deployments began in May when the US sent an aircraft carrier strike group to the region along with Patriot missile batteries, among other reinforcements, citing alleged Iranian threats.

Shortly before the announcement for deployment of additional troops in the Persian Gulf, the Pentagon released a blurry video that it claimed showed Iranian boats removing a mine from one of two tankers attacked in the Gulf of Oman on June 13.

The US has blamed Iran for the attacks, which hit one Japanese-owned and one Norwegian-owned tanker. The tankers were carrying Japanese-related crude near the strategic Strait of Hormuz.