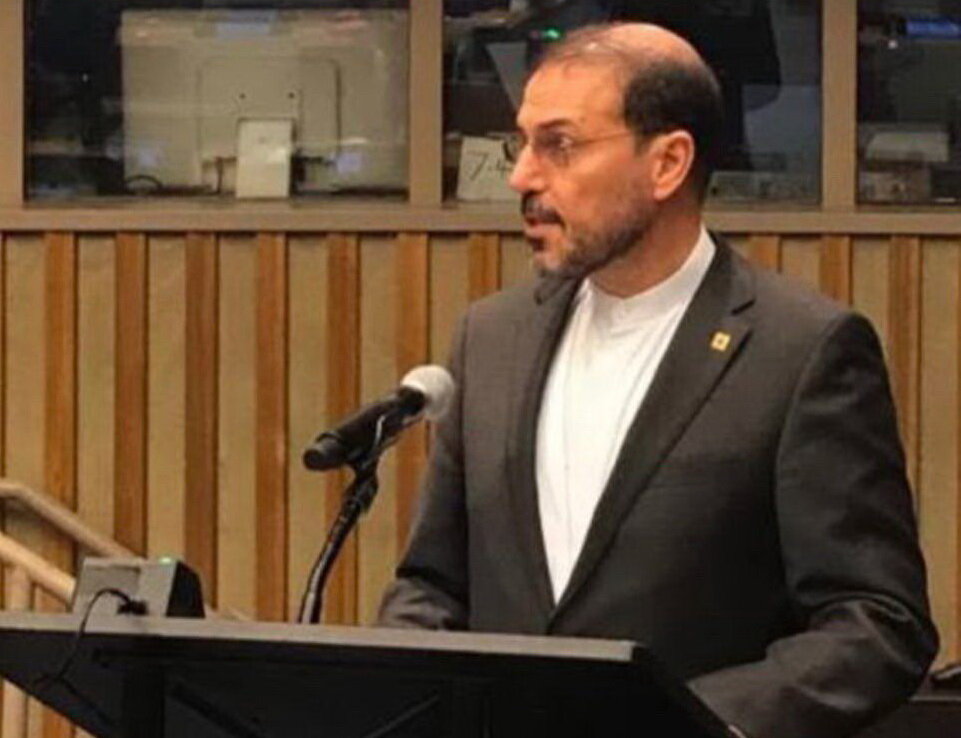 Dehqani made the remarks in a Thursday address to a UN General Assembly meeting held in New York to commemorate the International Day for Total Elimination of Nuclear Weapons.

In his speech, Dehqani described nuclear disarmament and creation of a world free from these weapons as a necessity that is long overdue, and stressed Tehran’s support for the cause.

He noted that the United States’ withdrawal from the JCPOA is another example of its irresponsible policies that undermine international peace and security, and at the same time, the country’s withdrawal from the Intermediate-Range Nuclear Forces (INF) Treaty has exacerbated the situation.

The incumbent US president seeks to acquire more nuclear weapons in order to stay at the top of the pack, Dehqani said, highlighting the US’ extensive plan to modernize its nuclear arsenals and develop small nuclear weapons with lower threshold for use.

He also pointed to the US’ 2018 Nuclear Posture Review (NPR), and said in this document, nuclear weapons have gained an increased role in the country’s strategies, and it advises the resumption of nuclear explosive tests, which is alarming.

Dehqani said the disastrous trend and the irresponsible policies of the US must be stopped. “No one should possess nuclear weapons, and we should destroy these weapons before they destroy us.”

To achieve that goal, it is necessary that countries possessing nuclear weapons comply with their explicit obligations under the Article VI of the Nuclear Non-Proliferation Treaty (NPT), he added.

The Iranian diplomat referred to the situation of the Middle East, and said all-inclusive compliance with the NPT in the region is an immediate necessity, as the only possessor of nuclear weapons that has not joined the treaty, namely the Zionist regime, has jeopardized the peace and stability of the region and beyond.

He said the regime’s nuclear weapons are the only obstacle on the way of achieving a nuclear-weapon-free Middle East, proposed by Iran in 1974.

Therefore, the Israeli regime must be forced into immediate and unconditional membership in the NPT as a party without nuclear weapons.

Dehqani finally expressed Iran’s preparedness to cooperate with all sides to totally eliminate nuclear weapons, and said Iran encourages all nations to use any opportunity to realize this collective responsibility.

Israel, the sole possessor of nuclear weapons in the Middle East, has a policy of deliberate ambiguity about its nuclear program.