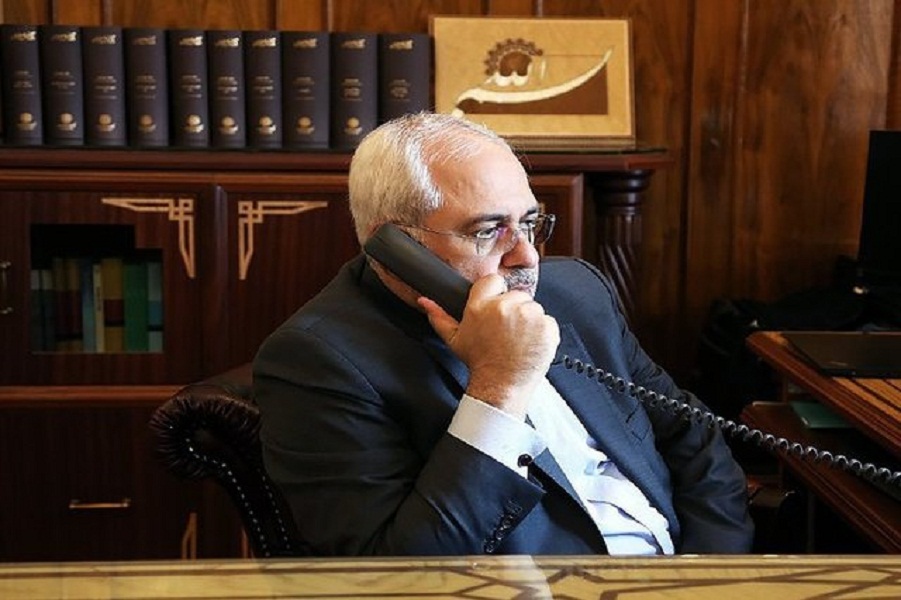 Iranian Foreign Minister Mohammad Javad Zarif has held separate phone conversations with a number of officials and top diplomats from across the world on the recent developments following the US assassination of General Qassem Soleimani.

In a phone conversation with High Representative of the European Union Josep Borrell on Saturday night, the two sides discussed the recent regional tensions, the US’ state-sponsored terrorism, and the latest developments regarding the implementation of JCPOA.

Borrell underlined the need for de-escalation of tensions, to exercise restraint and avoid further escalation, he said in a later tweet.

We “also discussed importance of preserving JCPOA, which remains crucial for global security. I am committed to role as coordinator,” he added.

Zarif also held phone conversations with his Armenian and Turkmen counterparts as well as the secretary-general of the Palestinian Islamic Jihad and Political Bureau Chief of the Islamic Resistance Movement on Sunday.

The developments ensuing from the martyrdom of General Soleimani was the key focus of the talks which were held as part of FM Zarif’s political and diplomatic consultations with international figures and officials.

He had earlier on Saturday held talks with his Azeri counterpart on the latest developments in bilateral ties as well as the most important regional and international issues.

Zarif also had talks with his Omani counterpart. During the phone call, the Omani top diplomat offered condolences over the martyrdom of General Soleimani.

The two sides also conferred on the current developments in the region.