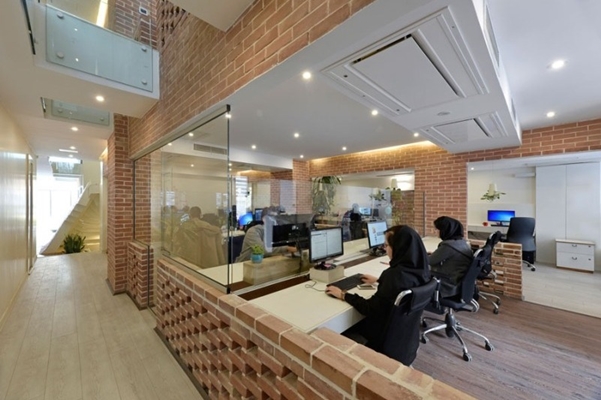 The “Women of the Sanctions Era” campaign composed of successful women entrepreneurs has recently gone viral on social media networks in Iran as the country is grappling with the “toughest sanctions ever” imposed by the US.

Azadeh Sepasgozar is one of these ladies. She is a graduate of Computer Engineering and has been the Chief Executive Officer (CEO) of the Datis Company for 15 years now. She was chosen as the lady industrialist and businessperson of the year in Iran in 2010.

She is a young, successful and energetic lady who always has plans to achieve her goals. Sanctions imposed on Iran have not kept Azadeh and her team from pressing ahead with their activities, either. After graduation and entering the job market, she worked as a computer programmer for some time and worked on bar code systems. However, she decided to become self-employed. Hence, she started a company working in the field of computerizing systems.

“One of the jobs of our team was to transfer information through waves, which obviates the need for an operator,” she told IRNA.

Azadeh works with around 16 people directly or indirectly. She believes it is an innate feature to be an employer or an entrepreneur.

“Some people only like to become independent; that’s why they face defeat and fail very soon. The problem emanates from the fact that many individuals are not content with their jobs and only like to be managers, but the reality is that society needs all occupations,” she notes.

She says one needs “management” in order to become independent.

“It means you should manage all affairs and not retreat in times of crises and persevere through proper prudence. You should accept risks and sometimes make decisions on impulse,” she says.

“I write down my daily schedule on paper every day. I put a check mark next to the jobs done, and put off for the following day the jobs which are left to be done. This way, I have been able to make 70 percent of my wishes come true, but I have yet to go,” says Azadeh.

She says they have not remained unaffected by the sanctions.

“Our job has been affected due to the sanctions and high prices, and we have to buy the items we need for our projects at higher prices than before; however, we are trying to cut unnecessary costs in order to be able to keep going and continue our work,” she says.

“Sometimes my husband and I do as much work as three persons would normally do. I cannot say it is not hard, but will make every effort to maintain our company and employees,” she says.

She notes that they have work in an “operational” manner this year.

“I enjoy cooking and always try to garnish the foods I cook and put them on the table. I go to parties at the weekend, or arrange to go on trips. I read books, watch TV and have a short rest. I don’t rest for a long time. I’m not that much interested in sleeping long hours and taking long rests. I prefer to go to the park with my husband and do some exercise instead. These things give me more energy,” says Azadeh.

When we ask her about what the reason behind her success is, she says, “I don’t look at controversies. I only look at my goal. I’m not affected by controversial and ironical statements and those who say I am a woman and I can’t …. In fact, I keep doing my job,” she says.

“I earn as much money as I need and try not to be lost in work,” She says.

“Fluctuations in [the exchange rate between the Rial and] the dollar naturally affect my work, too, but don’t bother myself and only make new plans to do my work under the new circumstances and at the same time live my life and do leisure activities as well,” says Azadeh.

“Maybe that is why we have been able to survive for 15 years now and not retreat,” she notes.

“My family, father, mother, friends and fellow countrymen are here. It’s not only a matter of money,” she notes.

“No matter how hard it is, I try to succeed in my own home,” She says.

Back in 2016, Azadeh won an international women entrepreneurs award, but was not able to travel to France to receive it as she was unable to get a visa.

“Many of us are not satisfied with our situation, but we should rehearse to love ourselves, help each other and not give up trying,” she says.