Withdrawal of US from Syria Not Making So Much Difference: Ex-Iranian DM 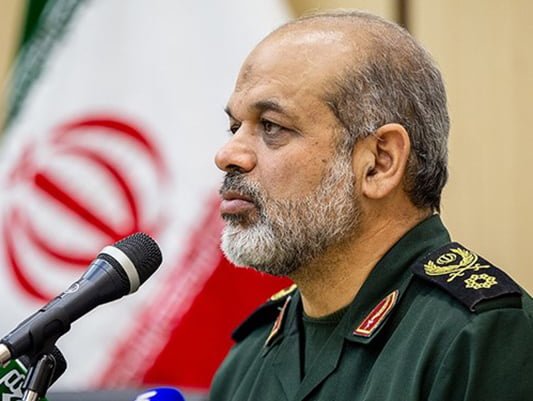 Head of the Strategic Centre of the General Staff of Iran’s Armed Forces Brigadier General Ahmad Vahidi says although the Americans say they are leaving Syria, it is not clear to what extent it will become operational.

He added that the US forces’ withdrawal from Syria does not make any difference because they have already been defeated.

Speaking in Tehran on Monday at a defense and security conference in West Asia, the Iranian general noted the world is tired of its prevailing order and its power geometry is very weak.

This is evident in the performance of European countries and recent protests in France, he went on to say.

Vahidi further pointed out the European countries are tired of having to execute US orders stressing that the orders formed in other regions have somewhat stabilised, but in Western Asia, the developments are complex and sensitive.

“This region is wounded and bloody by the crises imposed on it, but nevertheless our region is moving towards a better future,” he maintained.

The former Iranian defense minister added that today security issues in Syria are moving towards political issues. And in Iraq, the post-ISIS government is positioned and working.

“There is at least an agreement on paper in Yemen, and all this indicates the movement of the region towards a better future.”

Underlining that the Zionist regime wants to create tension in the region to survive, he stressed that the flow of Takfiri-based terrorism, which is based on interference in the region, is among the challenges of the West Asia.

“Today, there is a strong tendency towards resistance in the region, and the US has failed to implement any of its policies here,” noted Vahidi.