With Clinton in the White House, America’s Iran policy will not change 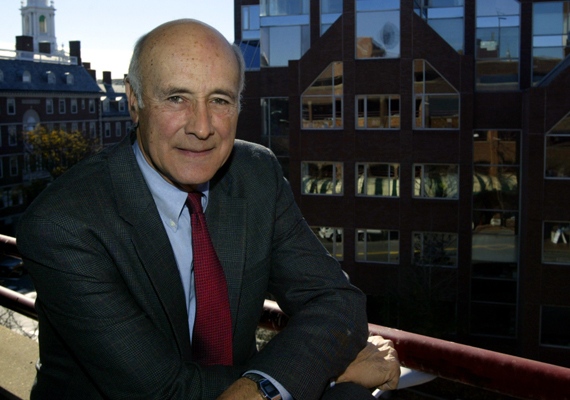 Joseph Nye, a Harvard University professor, has said that the US will not change its Iran policy if Hillary Clinton becomes the 45th president of the United States. 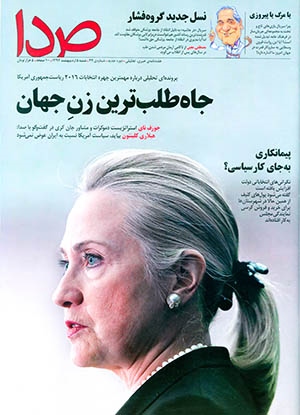 Joseph Nye, a Harvard University professor and a former advisor to John Kerry during his 2004 presidential campaign, says that the US policy on Iran will not be subject to change if Hillary Clinton follows in the footsteps of her husband to the White House.

“The Most Ambitious Woman in the World” is the cover story of the 32nd issue of Seda (Voice) Weekly. The seven-page story takes a closer look at the past and future of Hillary Rodham Clinton, the most outstanding hopeful in the 2016 race.

The weekly’s Arash Najmeddin had asked Nye for a phone interview about the [foreign policy] challenges the US faces; the American political scientist accepted to be interviewed only after Arash read Is the American Century Over? – his latest book which came out earlier in 2015. The following is a partial translation of the interview preceded by Najmeddin’s introduction:

It would be no exaggeration to claim that nobody is above Joseph Nye when it comes to international relations. He has lectured at Harvard since 1964 and has served as the dean of the John F. Kennedy School of Government at Harvard University along the way. He is closer to Democrats and served as Assistant Secretary of Defense for International Security Affairs in the Clinton Administration [from 1994 to 1995]. Nye was widely considered to be the preferred choice for National Security Advisor in the 2004 presidential campaign of John Kerry.

Some have said that the Obama presidency has been an exception as far as the US foreign policy goes and that his successor – whether a Democrat or a Republican – will opt for change. What’s your take on that?

With Clinton in the White House, there wouldn’t be much change, because she once served as secretary of state under Obama. But if a Republican wins the White House, the situation will be different. The extent of the change in question will depend on who that Republican is. If Jeb Bush becomes the next president, change can be small or big, but the change will be remarkable if Rand Paul or Ted Cruz succeeds Obama. A President Paul would internalize foreign policy and a President Cruz would make it more aggressive. […]

When it comes to Iran, do you think Hillary’s policies will differ [from Obama’s]? If yes, how much?

I think Clinton will be a bit radical, but the change won’t be remarkable. What set the stage for talks on Iran’s nuclear program came when Clinton was secretary of state. Her staff started to make preparations for the [launch] of the talks. That’s why I think there will be no sea change.

Some say the US had better focus its attention on regions other than the Middle East. Which president do you think can better follow a policy in which Asia, for example, is given more attention?

[…] Asia is the dynamic part of the global economy. Any US government after the Obama administration has to concentrate its attention on Asia; on the other hand, the Middle East is the breeding ground for the current problems the world is grappling with, thus the US cannot turn its back on the Mideast.

The US is said to be unable to leave the Middle East since it has been entangled in this area? What’s your take?

[…] Observers maintain that the US will soon be energy independent and that it no longer will have to import energy from the Middle East, but it still has different reasons to be interested in the region, including striking a military balance, stemming the proliferation of nuclear weapons, and human rights. It is impossible for the US to completely turn its back on the Middle East.

Where do you stand on the nuclear talks, including the Lausanne statement and the path of the talks? Do you think they serve the US interests?

As far as we understand the agreement (clearly we do not have full understanding of that), I support it.

It is said that a Republican president will damage or diminish the US soft power in the world. Do you agree?

That is not necessarily the case. In the past, under Republican presidents such as Bush (41), Reagan and Eisenhower the US wielded soft power. I think it is not simply a matter of parties.

Don’t you think that a nuclear bomb can give a government enormous power?

The common knowledge that nuclear weaponry can transform a government’s power is nowhere near correct. […] In a region such as the Middle East, a nuclear bomb can simply undermine the security of all countries. The bigger the number of such weapons, the more likely it becomes for a regional government to use one, and this is dangerous for all regional countries.

In your book Is the American Century Over, you have talked about the integration of China into the international community. Which one of the candidates [for the 2016 race] do you think can better pursue a China policy as such?

The US has pursued a China balance of power policy since the 1990s when the Clinton administration was in talks with Beijing. President Clinton supported China’s entry into the World Trade Organization on the one hand, and cemented US security ties with Japan on the other. Presidents Bush (43) and Obama pursued that same policy. This will remain part of the US foreign policy in the next government.