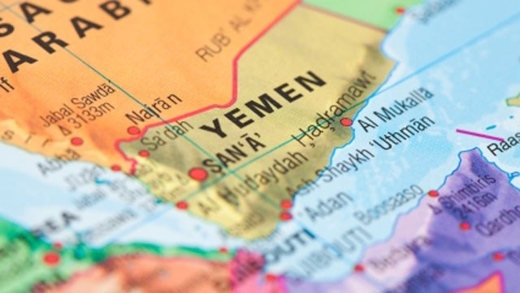 Observes say the UN-mediated peace talks for Yemen are likely to be held in the shadow of Saudi Arabia’s incessant aggression on the ground.

Yemen’s Houthis and exiled government have agreed to attend UN-brokered peace talks in Geneva. But will efforts to defuse the Yemeni crisis through dialogue be fruitful? Will the first UN-brokered Geneva peace talks – no matter what they will produce – be held [to solve the Yemeni crisis]? Will the friends of ousted President Abd Rabbuh Mansur Hadi wait to see the success of the fighter jets of the loose Saudi coalition on the battlefield? Realities on the ground bring no hope to the Al Saud regime and its Yemeni agents to secure victory [on the battlefield].

Tasnim News Agency on June 14 published an analysis on the UN-sponsored talks on the Yemeni crisis and Saudi Arabia’s efforts to derail the peace talks which are expected to end more than two months of conflict in the Arab country. The following is the translation of excerpts from the analysis:

Originally, the warring parties involved in the Yemeni crisis were scheduled to hold talks in Geneva on Sunday [June 14], but UN officials said the talks will be held on Monday, citing the late arrival of some [negotiating] teams.

Fugitive President Mansur Hadi, who rejected any dialogue until a few weeks ago, was to send his representatives to Geneva. In fact he was forced to take part in the talks in the wake of the failures of the Saudi aggressors.

The camp of warmongers goes to Geneva empty-handed, but the camp of revolutionaries and their like-minded groups will have a confident and powerful presence in the meeting.

As many as 41 Yemeni national figures have put their signatures to a letter by Ansarullah to agree to the talks. Ansarullah has stressed the importance of broader participation of [all] Yemeni groups in the Geneva meeting. This shows that the movement is not after spreading its domination in Yemen – despite the advertising blitz by the enemies of the Yemeni people – and is seeking a diplomatic solution to the Yemeni crisis and participation of all national and popular groups in the country’s administration of affairs.

Saudi efforts to derail the talks

Ever since rumors circulated that talks were to be held – thanks mainly to Iran’s tireless efforts – between all Yemeni political and factional groups to tap into diplomacy to settle the Yemeni crisis and stop the Saudi war machine which has left death and destruction in its wake, the Saudi media openly rejected dialogue on the Yemeni crisis and insisted on continued military aggression against the Southwest Asian nation to bring the anti-Saudi groups in Yemen to their knees. This saw the Saudi fighter jets and artillery fire target the country’s residential areas and infrastructure and such attacks have continued to date.

Another delay in the Geneva talks, which has come against a backdrop of warnings by Yemeni sources about Saudi efforts to stymie the Geneva talks, shows the Saudis are fearful of the results of the talks and view the Geneva conference as yet another setback, this time around on the diplomatic front.

According to Reuters, the Yemeni sources have quoted foreign diplomats as underlining that Saudi Arabia is not willing to see the Geneva conference held, because it [Saudi Arabia] is in a weak position in Yemen. [“The US is pushing the Saudis to accept talks but they are reluctant because they are in such a weak position on the ground in Yemen,” said a diplomat who follows the matter closely.]

Yemeni sources have also said that consultations with UN secretary-general’s special envoy Ismail Ould Chiekh Ahmed are still ongoing, adding no definite decision has been made on the presence in the conference.

The same sources say that Saudi Arabia is behind efforts to introduce Ansarullah as the party which hampers the talks, whereas the kingdom is throwing a wrench into the works [of the UN-initiated peace talks] by setting conditions and trying to score political points following its failure on the ground in Yemen.

They [the sources] have also pointed out that the fate of the Geneva conference on Monday lies in the hands of the UN, which is to act as an intermediary, not to impose preconditions.

All things considered, if this conference is held – regardless of how it is defined: consultative or non-consultative – Saudi Arabia and its Yemeni followers will gain nothing from the Geneva conference.

The reason: around 80 days have passed since the Saudis waged a destructive and unequal war in Yemen and they have so far failed to force the Yemeni Army and forces of the Popular Committees to submission. Ground realities show that the Army and popular forces in Yemen have repeatedly launched missiles on the Saudi positions inside the kingdom, sending chills down the spine of the Saudis.