Why is Iran’s security tied to regional peace and security? 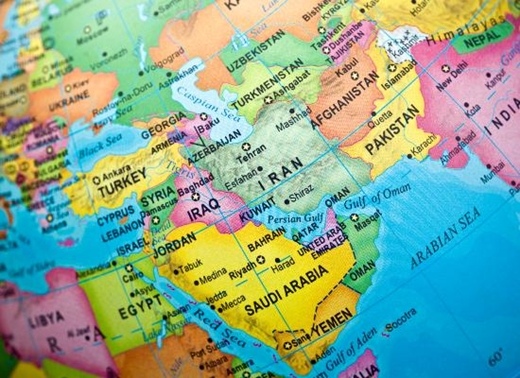 A former IRGC commander has said that all governments should oppose military intervention, fight terrorism and respect the decisions of nations if they seek to bolster security in the region.

Alaei delivered a speech at a scientific meeting on “The Russian presence in Syria and its impact on Iran’s national security and interests” which was recently held in Tehran in cooperation with the Iranian Political Sciences Association (IPSA) and the Center for the Middle East Strategic Studies.

Tabnak.ir, a news website, on November 18 published the full text of his speech. IFP has already released the translation of the first part of Alaei’s remarks. Part one came with the original headline “Why has Russia intervened in Syria?” and Part two is headlined “Why is Iran’s security tied to regional peace and security?” The following is PART TWO of his speech:

The security of the Islamic Republic of Iran

The question that arises here revolves around what threatens Iran’s national security. I think what has posed a threat to Iran’s security over the past 50 years has been the situation on the ground and the type of governments in neighboring countries.

During the previous regime [Mohammad Reza Pahlavi’s regime] Iraq was the primary threat to Iran. After the formation of the Islamic Republic, Iraq remained the main threat and [its ruler] Saddam Hussein invaded Iran. The fact is that military action against Iran was devised by the neighbors run by dictators.

The absence of a strong government has contributed to the emergence of [terror] groups such as al-Qaeda, the Taliban, ISIS, the al-Nusra Front, etc. which are highly likely to be hired by rival powers. That’s why Iran’s security is threatened by the absence of [strong] governments or the existence of weak governments in surrounding countries. In such circumstances, [rival] powers and [terror] groups can plan, coordinate and carry out anti-Iran measures.

Another threat against Iran comes from Israel. Whether we like it or not, Israel has been the primary threat to Iran. Israel, too, views the Islamic Republic of Iran as a threat. Israel has carried out – and will do [in the future] – any measure it deems feasible against Iran. A case in point is the assassination of nuclear scientists on Iranian soil. Tel Aviv will do what it thinks is possible against Iran in the region.

For Israel, what matters most is the formation of governments in Syria and Lebanon which are alienated from Iran. If that happens, the stage would be set for Israel to push its own agenda.

Imagine a government in Syria similar to that of Turkey. Israel would have access to the airspace of countries which lie between Iran and Israel. In that case, Iran would have no air security, and Israel would have full control over the skies in the region. This would be a grave menace to the Islamic Republic of Iran.

I think the governments that rise to power in Syria, Lebanon and Iraq should be on the same wavelength with Iran, or at least on a different wavelength with Israel so that they cannot be influenced or pressurized by Israel.

Even a government like the one in Turkey which has inked a military cooperation treaty with Israel and its Incirlik Air Base is used by the US Air Force poses a grave threat [to Iran], because the United States and Israel would be given access to the Turkish airspace once Ankara reaches an agreement with Washington and Tel Aviv.

US policies pose yet another threat to Iran’s security. The United States believes that Iran should be managed and contained. To Washington, any method to secure such management is ok. The most useful methods [the US has chosen] have been economic and banking sanctions over the past ten years.

An in-depth look at Iran’s security makes you wonder whether Russia’s intervention in Syria can contribute to efforts which serve Iran’s interests.

I think ISIS and groups as such are the product of the [US-led] invasion of Iraq. Unfortunately the activity of such groups is growing and their terrorist acts are spreading. At the beginning, these groups are managed [by States], but after their formation they are no longer backed by States.

There’s no doubt that the US created al-Qaeda. [The 9/11] Attacks on Twin Towers [of the World Trade Center] were carried out by al-Qaeda when the terror outfit was no longer managed by the United States, because the CIA had no control over it.

There’s no doubt, ISIS has been created through the support of these [global] powers, but the terror group is no longer managed or controlled by countries such as Turkey, Saudi Arabia and Qatar which used to give it financial support and military training.

When the Syrian crisis was at its early stages, 48 members of the IRGC on board of a bus – heading for Syria to pay a pilgrimage visit to the shrine of Hazrat Zeinab (Peace be upon her) – were taken hostage by terrorist groups among them ISIS militants. Iran secured their release with the help of Qatar. If Qatar had had no influence over ISIS, Iran’s hostages would not have been freed.

Certain countries such as Saudi Arabia, Qatar and Turkey have influence over terror groups, but it does not mean that they have been involved in the planning of the attacks on Paris. ISIS and other terror groups do not seem to be managed by these countries anymore. No longer do the terrorist groups coordinate their plans with the governments which once supported them.

The question is whether the terrorist attacks in Paris, Lebanon and Iraq can be analyzed from a single angle. There are different offshoots of ISIS which are likely to be guided by intelligence and security services – which intend to pursue their own agenda – to take action against Shiites or stage attacks on mosques or public places.

Pessimists might say that the Paris attacks were mounted to set the stage for a bigger job by the US and the Europeans in the Middle East. They are seeking to solve other issues by seizing this opportunity. But I think there is no need to make such an analysis. The spread of terrorism, especially ISIS, has dragged other countries into the crisis.

All things considered, the governments and countries should put the following measures on their agenda to help boost security in the region and the world:

1) Condemnation of and opposition to military intervention by all countries

3) Respect for the votes of nations and approval of their sovereignty in all countries through fair, not interventionist, mechanisms.

If these three measures are promoted by tapping into diplomacy and dialogue, perhaps we can move down the path of security and peace.