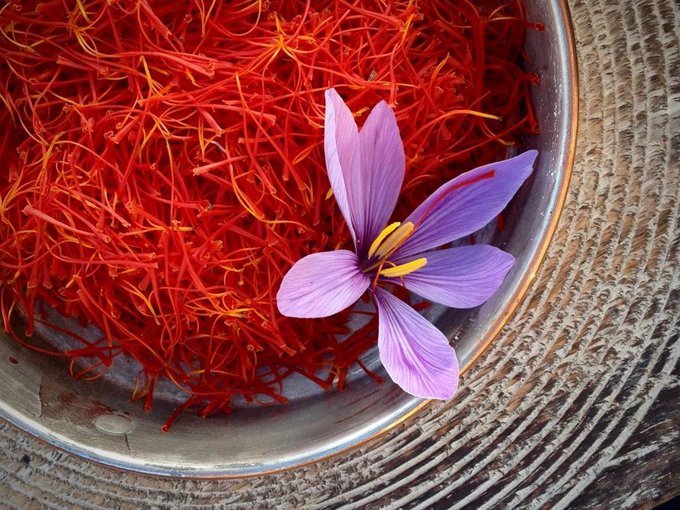 The numerous benefits of saffron for health and even its therapeutic effect have turned it into a medicinal plant. On the other hand, it is also known as a popular type of spice because of its attractive taste, aroma, colour and its use in the food and cooking industries.

The main countries producing this product are Iran, Spain, India, Greece, Afghanistan, and China. However, almost 95 percent of the world’s saffron is cultivated in Iran, and growing this plant in Iran has a 4,000-year history. But why do so many people think this saffron is produced in Spain?

Another point is that the best climate for cultivating saffron in the subtropical regions is in hot and dry summers. This climate can be found in some parts of Iran such as Khorasan province in its north-east near the Afghanistan border. Due to ecological conditions and suitable climate in Iran for saffron cultivation, this herb is produced with higher quality.

For example, according to reports, the quality of saffron in Iran is about 300 units, while in other parts of the world saffron quality reaches to about 200 units.

Of course, saffron in Iran and the world is categorised into several classes:

If you are interested in the properties of this herb, you can use it in preparing a variety of drinks and food. By drinking saffron tea, you can enjoy the attractive properties of saffron tea. Also, using saffron supplements that are produced and marketed in various forms is an easy way to use and benefit from saffron.