What took center stage in Zarif-Kerry meeting in New York? 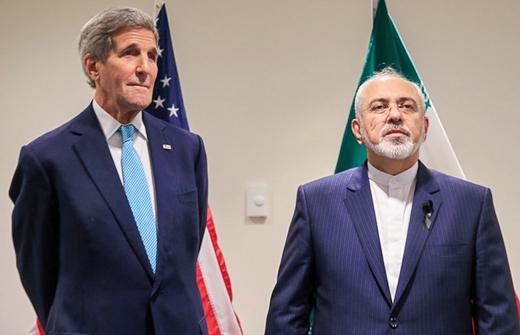 The Iranian foreign minister has said that implementation of the Joint Comprehensive Plan of Action can help remove some misunderstandings between Iran and the US which have occurred in recent decades.

Foreign Minister Mohammad Javad Zarif met with his US counterpart John Kerry on Saturday (September 26) and said that efforts should be concentrated on the full implementation of the Joint Comprehensive Plan of Action (JCPOA).

Alef.ir on Saturday published a report on the meeting in New York between Iran’s top diplomat and his American counterpart and what they talked about. The meeting was the first between the two top diplomats after the conclusion of the Iran nuclear deal back in July.

The Iranian top diplomat was wearing a black ribbon in his lapel to signify that he’s mourning the deaths of Iranian pilgrims in Mina’s deadly stampede. The following is the translation of what Foreign Minister Zarif told reporters after the meeting:

Zarif said that the Joint Comprehensive Plan of Action took center stage in his meeting with Secretary Kerry and added that we focus on the full implementation of JCPOA during the talks.

We started this plan [JCPOA] together and I believe by fully implementing it we can remove some mutual misunderstandings which have arisen in recent decades, he further said.

Zarif went on to say regional developments and last week’s deplorable events in Saudi Arabia should be reviewed, vowing that Iran will look into them through proper international channels.