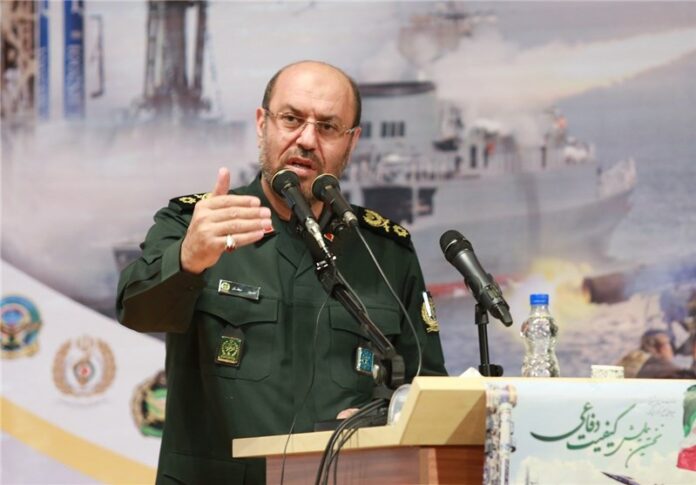 Iranian Defense Minister Brigadier General Hossein Dehqan deplored certain Western countries for their continued hostilities toward the Islamic Republic, saying they are resorting to any means to hold back Iran’s defense industry.

“Westerners have created conditions so that no country possessing technical knowhow (in the defense industry) would help us,” Brigadier General Dehqan said on Wednesday, addressing a ceremony to inaugurate a factory mass-producing octogen explosives.

However, he added, “we should seek to strengthen our defense infrastructure and reduce our dependence” and develop a domestic industry.

The defense minister further said that the US has always tried to confront Iran in software and hardware dimensions and regional countries are also seeking to increase their military capabilities through buying Western weapons.

For this reason, the Islamic Republic should boost its defense preparedness in line with its interests, Brigadier General Dehqan said.

To that end, the Defense Ministry is making efforts to Increase the precision and power of its weapons systems and has put the issue of reaching the technical knowhow needed for producing octogen explosives and related products on the agenda, he went on to say.

HMX (octogen) explosives are used to increase the efficiency of different missiles and air defense weapons.

Octogen is a powerful and relatively insensitive nitroamine high explosive used almost exclusively in military applications, including as a solid rocket propellant.

It is usually utilized in different missiles, air defense weapons, anti-armor weapons, and marine weaponry, and enhances their effectiveness and efficiency.

Iranian military experts and technicians have in recent years made great headways in manufacturing a broad range of indigenous equipment, making the Armed Forces self-sufficient in the arms sphere.

Tehran has always assured other nations that its military might poses no threat to the regional countries, saying that the Islamic Republic’s defense doctrine is entirely based on deterrence.