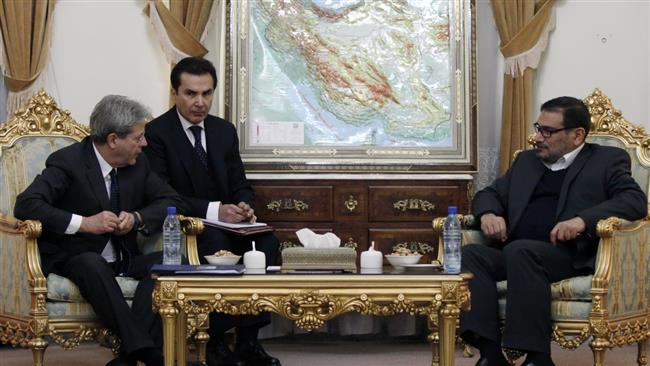 A senior Iranian official says terrorist threats across the world are the outcome of wrong policies pursued by certain Western countries and their ME allies.

Referring to Libya and the ISIL militants’ activities in the North African country, he said foreign military intervention would increase human and material losses, destroy economic infrastructure and escalate crises.

Libya plunged into chaos following the 2011 uprising that toppled longtime dictator, Muammar Gaddafi. The ouster of Gaddafi gave rise to a patchwork of heavily-armed militias and deep political divisions.

On February 15, the ISIL Takfiri group released a video showing the beheading of 21 Egyptian Christians in Libya. The Egyptians had reportedly been abducted in the Libyan coastal city of Sirte in two attacks in December and January.

Also in January, alleged ISIL gunmen stormed Corinthia Hotel in Tripoli, killing nine people, including a Frenchman and a US security consultant.

Gentiloni said terrorism poses the biggest threat to the Middle East and the world.

He called for collective international will to fight terrorist groups in an effective way to help establish peace and stability in the region.

The Italian foreign minister added that Iran plays a very influential and determining role in solving regional problems, particularly in the fight against the ISIL Takfiri militants.