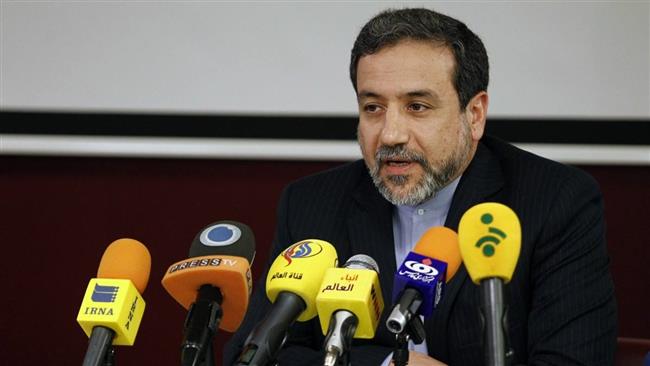 An Iranian nuclear negotiator says what is needed is a balanced deal that recognizes Iran’s nuclear program and lifts sanctions in exchange for confidence-building measures.

A high-ranking Iranian nuclear negotiator has called upon Western countries to arrive at a common position during the course of negotiations over Tehran’s nuclear program, stressing that the Islamic Republic is not going to grant any concessions.

“We are currently at a critical juncture and should reach the point, where we have a balanced deal that recognizes our nuclear program and lifts sanctions in exchange for confidence-building measures,” Seyyed Abbas Araghchi, who is also Iran’s deputy foreign minister for legal and international affairs, said on Sunday.

“I believe what is needed more than anything else is coordination among our opposite sides so they can come to a common viewpoint in the talks,” he pointed out.

Araghchi further noted that no such coordination was evident during the recent round of negotiations in the Swiss city of Lausanne, adding that Iran believes an agreement over its nuclear program would be at reach if such cooperation coupled with political will existed.

The Iranian diplomat also responded to a recent statement by US President Barack Obama about the reversible nature of Iran sanctions removal.

“If we cut a deal, both sides must be granted the verification right. Naturally, the terms that Iran agrees to will be verified by the International Atomic Energy Agency (IAEA), and the commitments that the other side assumes concerning the ease of sanctions must be honored in practice,” Araghchi said.