Wendy Sherman Confesses She Was Wrong about Iranians’ DNA 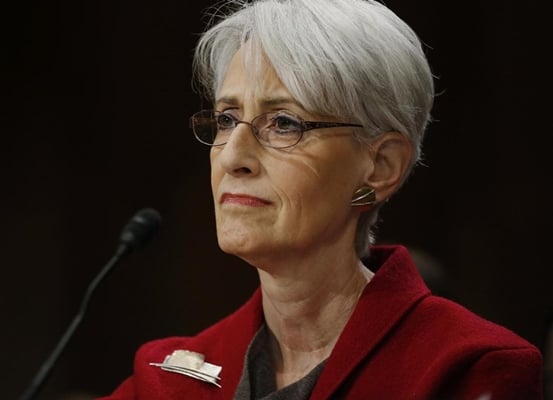 Former US Undersecretary of State Wendy Sherman has implied that she was wrong when she said deception was in the DNA of Iranian people.

In the minds of many Iranians, Sherman is associated with their DNAs. They still remember Sherman for her provocative remarks in October 2013, as Iran and the US were in the midst of talks to settle a long-running dispute over Iran’s nuclear program.

“Deception is a part of [Iran’s] DNA,” Sherman told members of the Senate Foreign Relations Committee at the time. The comments by such a senior US State Department official and America’s top negotiator in the talks were taken as an insult in Iranian political and social circles, with some conservative outlets urging a boycott of talks.

At the time, Iranian netizens took to social media to remind the US of its dismal record in betraying the trust of Iranians, pointing to the US co-orchestrated 1953 coup and the 1981 Algiers accord, among other displays of the untrustworthiness of the US.

Now, Sherman has confessed she was wrong in believing Iranians were likely to deceive the US.

In a recent article published by Foreign Affairs, Sherman said during the nuclear talks, her Iranian counterpart were occasionally asking how they could be assured the deal would be durable, considering that Republicans, who were fierce critics of the talks, were likely to take office in 2016 US presidential elections.

Sherman used to respond that the US shared a similar concern about the future of the deal in case Iranian critics of nuclear talks, which she labelled as “hardliners”, take power in Iran.

“I always expected that the greatest challenge to the deal’s success would be violations by Iran, not the political machinations of the president of the United States,” she wrote.

“Of course, I was wrong. In May 2018, US President Donald Trump decided to pull the United States out of the agreement and re-impose the US sanctions on Iran that the deal had lifted, a move that will go down as one of the worst foreign policy blunders in US history,” she said.

Sherman said Trump has turned Iran into a “nearly impossible problem” for future administrations and has led other countries to hold less trust in Washington.