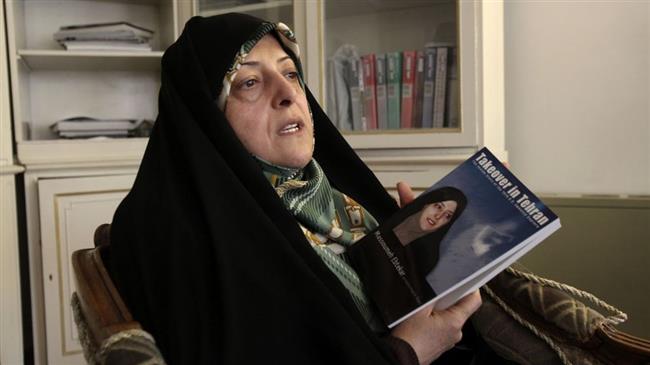 An Iranian vice president says the country “cannot wait forever” for the confirmation of the landmark nuclear deal following the US withdrawal from the multi-national agreement.

Massoumeh Ebtekar, vice president for women’s affairs, said Tehran wanted the other signatories of the 2015 dead, including European powers, Russia and China, to confirm the deal “as soon as possible because it’s part of our national right and Iran cannot wait forever.”

Ebtekar called on the EU to “take a very strong stance against any unilateral action that could impede peace and security processes, and could undermine the trust that has been created between countries to this pledge.”

“We have been a faithful player to this commitment, we’ve done our best, we’ve shown our good intentions. We are facing a very volatile region,” she told AFP.

Ebtekar was speaking in Lithuania’s capital Vilnius ahead of the Women Political Leaders Global Forum.

She stressed that the deal was “important to preserve because it is not only a nuclear but also a non-proliferation deal.”

The deal, also known as the JCPOA, is hanging in the balance after US President Donald Trump quit the agreement in May and reimposed US sanctions.

The European signatories are scrambling to find ways to preserve the agreement and protect their businesses from new American sanctions.

The Iranian vice president described the deal as very important for peace and security, “not only for the Middle East but also the broader region and at global level.”

Ebtekar said Tehran “will be ready for further uranium enrichments, these are preparations which are underway, all within the framework of JCPOA.”

On Wednesday, Iran’s Ambassador to the International Atomic Energy Agency (IAEA) Reza Najafi said that Tehran was in “preparatory works” to restart nuclear activities if the deal collapses.

Najafi said the Iran nuclear deal was a multilateral agreement that could not be scrapped unilaterally by one signatory.

“The US unlawful withdrawal constitutes a complete disregard for international law and the UN Charter, and encourages intransigence and illegality,” he said.

Najafi made the remarks after the head of the Atomic Energy Organization of Iran (AEOI), Ali Akbar Salehi, said the country had begun work to prepare the infrastructure for building advanced centrifuges at its Natanz enrichment facility within the terms of the nuclear deal.