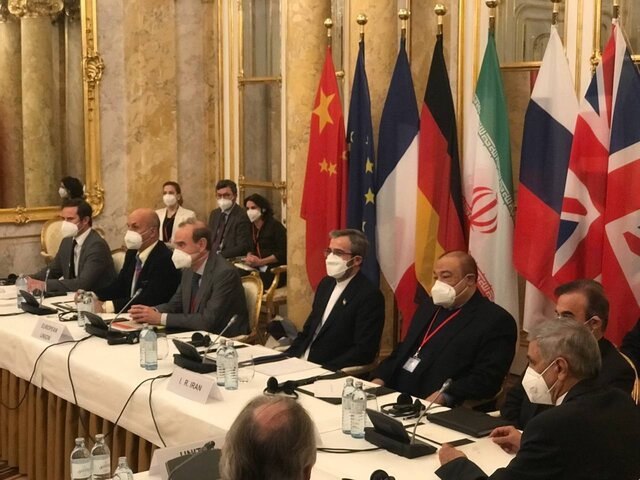 An Iranian newspaper says Tehran can never have complete trust in the three European countries in the Vienna talks.

According the “Iran” daily, the Islamic Republic is the main player in the Vienna talks aimed at getting US sanctions against Iran lifted.

“In the new round of talks, the main player is the Islamic Republic of Iran, and the respondent is the Western side, which can give us the upper hand,” wrote the daily, that normally reflects the government stances.

The paper noted talks are moving at a snail’s pace, adding “However, we are at the beginning of the talks, and from now on, we should discuss every single item and areas on which divisions remain.”

“Obviously, the Western side will not sit idly by and will be strict with giving concessions, the same way that it has been trying all along to use all levers and propaganda campaigns as well as the “good cop, bad cop” game in order to keep Iran from securing its demands,” it explained.

“It is clear that the talks are moving forward slowly and one can never have complete trust, especially in the three European countries, as there is uncertainty over whether they will fully go for real talks or will just display a show and only sometimes get engaged in real negotiations,” the daily added.

“It is up to our negotiating team to keep talks with the Western side on a positive and forward-moving track,” it said, adding, “This is a difficult job which our diplomats seem to have been able to do, so far.”