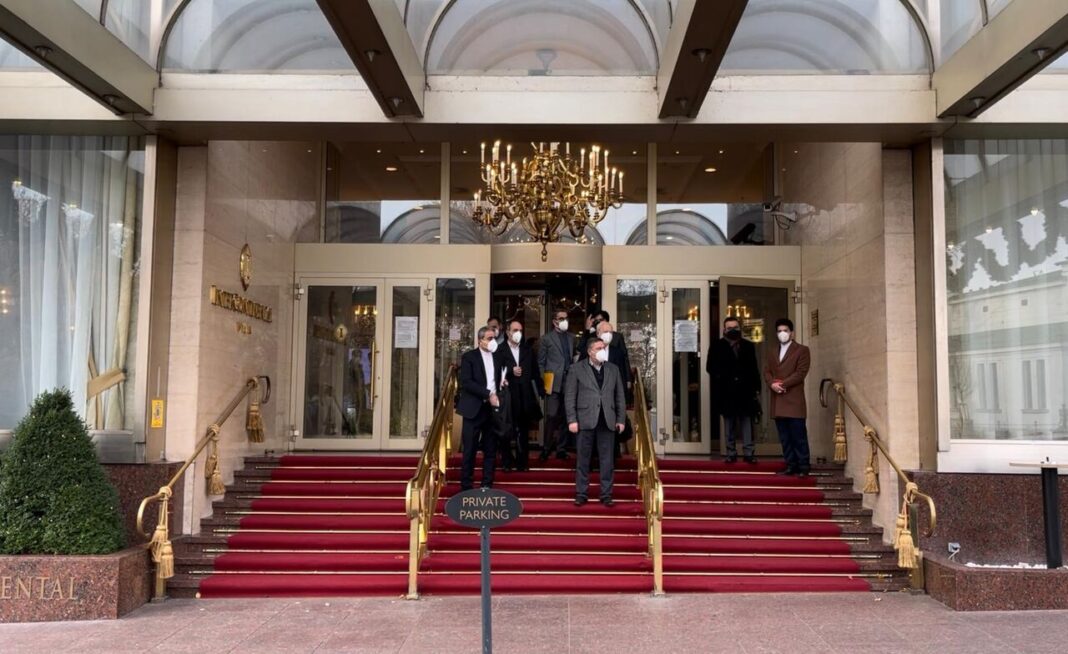 The working group tasked with the removal of the oppressive and illegal US sanctions against Iran has started meeting in Vienna with the participation of experts from the Islamic Republic and remaining signatories to the nuclear deal, JCPOA.

The group was launched as per an agreement reached by Iran and the 4+1, Russia, China, Britain, France plus Germany, during their meeting on Monday.

EU Foreign Policy coordinator Enrique Mora who presides over the JCPOA’s Joint Commission described the Vienna talks that resumed after a 5-month hiatus as positive.

Reports say the expert negotiations over the removal of the bans will continue as long as it’s necessary.

Iranian Foreign Ministry spokesman Saeed Khatibzadeh has said the Iranian negotiators are in Vienna to make sure the sanctions will be lifted. He added that the focus is on the termination of the sanctions and the Islamic Republic will not accept anything short of that. Khatibzadeh added that Iran will not make any extra commitments other than what’s enshrined in the JCPOA. He noted that such issues as step-by-step talks and new policy obligations have no place in the Vienna talks.