Veteran diplomat seems to have forgotten the facts 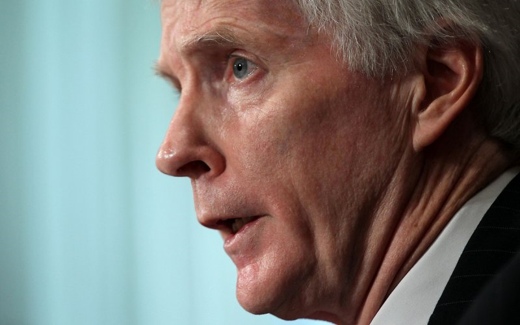 An analysis by IRNA has provided answers to remarks by Ryan Crocker, the former US ambassador to Iraq, on US policies in the Middle East and what has gone wrong in the terrorism-plagued country.

Ambassador Ryan Crocker was living in Baghdad when Iraq was under occupation. He had first-hand knowledge about many cases, among them: the security agreement between Baghdad and Washington; power-sharing in Iraq; the reason behind the rise of terrorism and extremism in the region, especially in Iraq; the formation of the National Council for the Awakening of Iraq; and arming the Sunni tribes.

His remarks in a recent interview with Foreign Policy on Iraq caught many people off-guard. The former US ambassador talked about the risk of Iraq’s disintegration and the measures the US administration has failed to adopt in dealing with Iraq over the past five years.

The Islamic Republic News Agency on May 31 published an analysis of the ambassador’s remarks in the interview. What you read below is the translation of excerpts from the analysis:

To jog the memory of US officials and diplomats, especially Mr. Crocker, the following, particularly what the Americans should have done over this past year, seem to be worth mentioning:

Support for the legitimate Iraqi government: The Americans failed to honor their commitments under the US-Iraq Security Agreement which calls for US support in defusing crises threatening Iraq’s territorial integrity, chief among them ISIL’s sudden onslaught in June 2014 and the capture of Iraq’s second city of Mosul;

Timely delivery of the arms purchased by the Iraqi government: The Americans failed to hand over the F16 fighter jets, attack helicopters and military hardware the Iraqi government has bought over the past year; this comes as the terrorist group ISIL is still being armed by US allies in the region;

Controlling Washington’s regional allies: The US has fared badly when it comes to its allies which have hysterically been engaged in shaking the foundations of regional equations in recent years, displaying unruly behaviors – among them motivating terrorist groups as well as lending financial and arms support to them and opening communication routes for them;

Serious measures to cut the critical lifeline of terrorist groups: This is direly needed to make their turnover drop in the banks of US allies;

Encouraging the friendly nations not to engage in trade with ISIL: This is what the US is expected to do, especially when it comes to oil purchase from the terrorist group;

Integrity in the fight against ISIL: The US has formed a fake international coalition which has [so far] failed to produce a flawless performance. Over the past few months, columns of ISIL terrorists have moved back and forth on Syrian and Iraqi roads around the clock without being targeted. This was confirmed by US military pilots who said several days ago that they did not get clearance from their commanders to hit ISIL targets and columns. [Veterans Today: US military pilots carrying out the air war against the ISIL terrorists in Iraq and Syria are voicing growing discontent over heavy-handed rules of engagement hindering them from striking targets. They blame a bureaucracy that does not allow for quick decision-making. One Navy F-18 pilot who has flown missions against ISIL voiced his frustration to Fox News, saying, “There were times I had groups of ISIL militants in my sights, but couldn’t get clearance to engage.”]

Taking measures to prevent Ramadi from falling into the hands of ISIL through proper air cover [Protective use of military aircraft during ground operations]: As military and security experts say the Americans cannot claim that they have failed to monitor – through their state-of-the-art armaments – the movements of columns of ISIL terrorists whom the US has admitted have entered Al Anbar from Syria;

Correction of mistakes: In recent months, the Americans have – on 22 occasions – bombarded Iraqi forces and Al-Hashad Al-Shabi (Popular Mobilization) forces, later saying it was a mistake;

Ambiguity associated with US airdrops of aid to ISIL;

Mr. Crocker has called the Iraqi disintegration “more dangerous than an all-out war”, for which the US is the main culprit. Who is behind plans to form a Sunni government, redraw the Middle East map, and help extremist forces in defiance of legitimate governments in Syria and Iraq?

The US has hosted – over the last year – Iraqi individuals and teams that pursue a breakup plan, and their trips to the US have not been approved by the Iraqi government. The US Congress disintegration plot is yet another evidence that the Americans are trying to splinter Iraq. […]

The former ambassador also touched upon Saudi Arabia’s hostility toward the Iraqi government since 2003 when Saddam was ousted, saying Riyadh refused to confirm the legitimacy of the Shiite government.

Just to remind the Ambassador, one should say that Saudi Arabia does not endorse the legitimacy of any independent regional country whose government comes to power through ballot box and is against Riyadh’s policies. Isn’t it true that Shiites garnered the majority of votes in the last three elections [in Iraq]? What does Saudi Arabia seek in Iraq? Doesn’t it want to help a minority loyal to Riyadh rise to power?

Basically, the Saudis disapprove of the governments which have come into office by popular vote since they [the Saudis] have yet to experience even a one-man-show election and have their own parliament. Another case in point is their policy in Yemen.

They support ISIL and fellow terrorist groups in Syria, Iraq and Lebanon, push their own agenda in Yemen through military force, and help the government in Bahrain which is cracking down on the majority that seeks change.

With that being the case, can Saudi Arabia – which lacks popular legitimacy – talk about the legitimacy of popular governments?

Mr. Crocker, who knows well about concepts such as terrorism, ISIL and Popular Mobilization, has implicitly expressed concern about Shiite groups. For sure, he cannot claim that he does not know the difference between Popular Mobilization forces and terrorist groups; those who have defended their own lives and homeland, taken up arms to defend their country’s integration and sported combat gear to take on terrorism and extremism vis-à-vis those who know nothing about the most basic human principles and have been recruited from other lands.

The Popular Mobilization forces ­– the youth from universities, factories and offices who have answered a call to arms – are fighting to defend Iraq’s territorial integrity. They are also fighting against terrorism on behalf of all world nations, among them the Americans.

Carrying the Iraqi flag, they go to the battlefield and their bodies are draped in Iraqi flags to be taken to the holy shrines, but ISIL raises a non-Iraqi and non-Syrian flag […], a flag which unleashes terror, causes panic and triggers off a media frenzy wherever it is hoisted.

The fight on terrorism can be pursued in different ways: cutting financial and arms support to terrorists in Iraq and Syria; blocking their access routes to the outside world; cutting their economic and financial lifelines; aiding governments which are on the front lines of the battle against terrorists; and dropping unwavering support for Riyadh in its aggression against Yemen – which will produce no other result than growing Al Qaeda and ISIL’s power in the impoverished nation.

Shouldn’t the Americans have doubted the voracity by certain [Arab] sheikhs for getting weapons? Couldn’t they ask the sheikhs where the weapons they were handed from 2006 to 2009 for the [so-called] National Council for the Awakening of Iraq are now?

In brief, Mr. Crocker knows Iraq better than other Americans and understands the issues raised here [better than anybody else]. The veteran diplomat seems to have forgotten many things either due to aging and his years-long absence from Iraq, or he’s made these comments in the framework of the US gamesmanship.