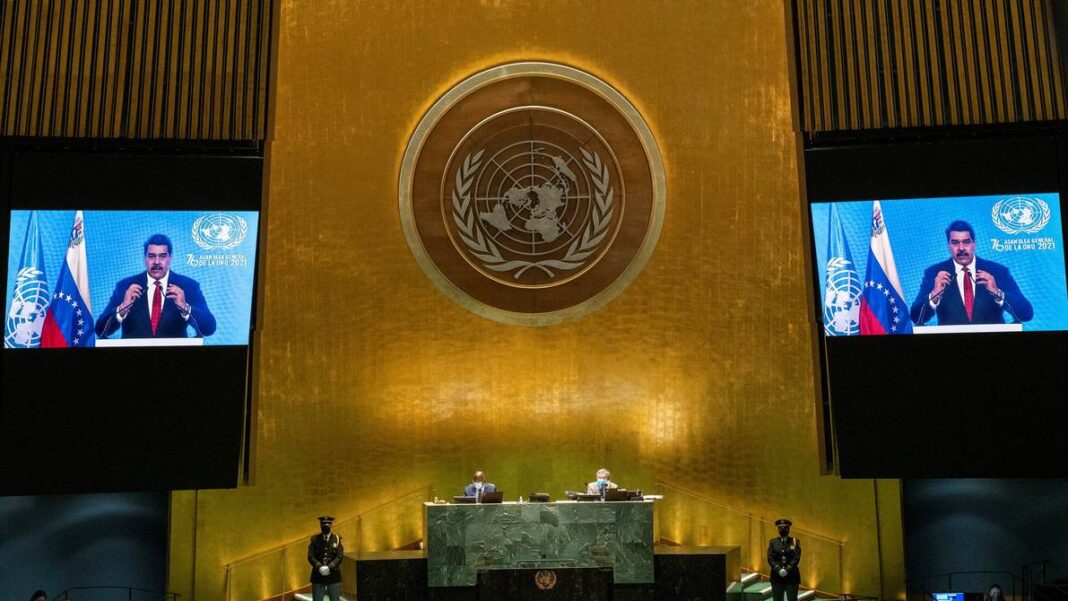 Venezuelan President Nicolas Maduro has called for the removal of all sanctions imposed by the United States against Caracas.

The US and its allies have targeted Venezuela with a “fierce campaign” of permanent and systematic aggression through economic and financial sanctions, Maduro said in a pre-recorded address to the 76th session of the United Nations General Assembly in New York on Wednesday.

The US has imposed several rounds of tough sanctions against Venezuela aimed at ousting Maduro and replacing him with its favored opposition figure Juan Guaido. The sanctions, which include illegal confiscation of Venezuelan assets abroad and an economic blockade, have caused enormous suffering to millions of people in the Latin American country.

“We ratify our request, our demand that all criminal sanctions against the Venezuelan economy, against Venezuelan society by the United States and by the governments of the European Union be lifted,” Maduro noted.

This comes as Caracas holds talks with representatives of Venezuela’s opposition in Mexico in a bid to have sanctions removed. The negotiations commenced after the two sides inked a document to reach a series of agreements leading to the holding of elections.

Separately on Wednesday, Caracas announced that it had asked the International Criminal Court (ICC) to investigate US sanctions as crimes against humanity and provided The Hague-based tribunal with evidence.

Venezuelan Vice President Delcy Rodriguez stated that two days earlier, the government had delivered to ICC’s chief prosecutor a dossier that reveals how US sanctions on Venezuela have affected people’s rights to health, food, and economic development.

She added that among the countries “illicitly” targeted by the US’ sanctions, Venezuela was fifth in the number of the “unilateral coercive measures” that it was enduring.

Back in February 2020, Caracas complained to the ICC that Washington’s unilateral measures against Venezuela constituted a crime against humanity.

Elsewhere in his remarks at the UN General Assembly on Wednesday, Maduro also called for a “new human community … free of hegemonic empires”.

The world “must be liberated from any hegemonies or any empires’ attempts at economic, financial, military or political domination; liberated from those who over centuries plundered, dominated, exploited and oppressed people throughout the world with their old, rapacious colonialism”, he continued.

“There are those who are today attempting to impose new forms of colonialism on our people, new forms of domination, looting, oppression and exploitation of people throughout the world,” Maduro added.

With the support of Mexican President Andrés Manuel Lopez Obrador and the special diplomatic aid of Norway, Russia, and the Netherlands, Venezuela is addressing a comprehensive agenda to advance in the social and economic recovery, he said.

In conclusion, Maduro noted that there was a necessity to build “a new world”, which must be free of hegemony and founded on the principles of multilateralism and international law.

“A new world that emerges from Africa, Asia, Latin America, and the Caribbean, and from the native peoples of the United States of America. A new world that is reborn to end the old hegemonies, to put an end to the pretense of some to become policemen and judges of all the peoples of the world,” he continued, noting that such a new world needed a new United Nations as well.

“Venezuela stands up with its own voice for that new world”, Maduro added.