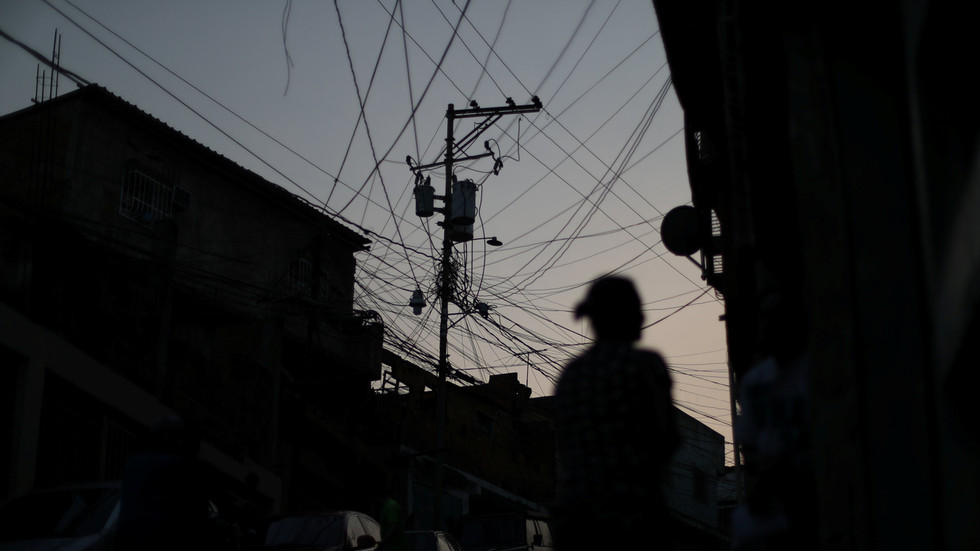 Venezuela’s electrical system was targeted by another “terrorist attack” on Sunday, Minister of Electric Power Nestor Reverol announced, referring to power outages in the Caracas area and other parts of the country.

Reverol said Venezuela had suffered from an attack on the National Electric System as a part of a larger “sabotage plan” against the country.

“We want to report on a new attack on the national electricity system, within this permanent sabotage plan and that is part of the multiform war that we have constantly received,” Reverol told the VTV broadcaster by phone.

VTV reported that the minister was implying a “terrorist attack” against Venezuela.

The Socialist cabinet minister added that the purported attack hit a transformer at the Aragua substation, in Jose Angel Lamas municipality, causing an explosion. As a result, a number of states, including Zulia, Táchira, Nueva Esparta, Merida and Falcon, have suffered from power outages.

According to Reverol, the power supply has now been restored in the Capital Region and officials were now working on repairing damage in other regions. He noted that firefighters had acted swiftly in putting out the fire at the Aragua substation.

The minister told VTV that “the electrical war” was just one of the important aspects of “multiform war” Venezuela was suffering from.

In October of last year, Venezuela’s President Nicolas Maduro argued that the country’s Amuay Refinery had suffered from a “terrorist attack” carried out by a “large and powerful” weapon without providing any further details.

Maduro and country’s officials have repeatedly accused the United States in the past of “sabotaging” Venezuela’s infrastructure and causing power shortages and starvation. In March 2019, they blamed “American imperialism” for an outage at the Guri Dam hydroelectric station. Over a year later, Venezuela’s chief prosecutor accused an American citizen of planning to sabotage oil refineries and electrical services in the country – just shortly before the Amuay incident.

The United States has contested Maduro’s presidency since the 2019 election, recognising the then-head of Venezuela’s National Assembly Juan Guaido as the country’s self-proclaimed interim president.

As the US pressed for the power change in Venezuela, it has been expanding sanctions against the country for the last 15 years “in response to the increasing authoritarianism of President Nicolas Maduro”.