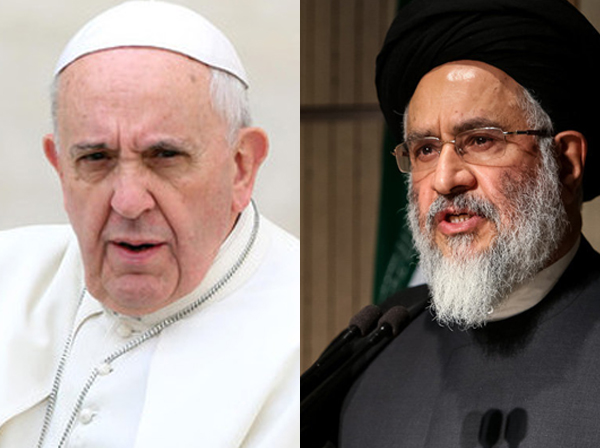 The Vatican has called on the White House to heed Iran’s concerns over the coronavirus outbreak.

The Vatican’s secretary of state Cardinal Pietro Parolin talked to US officials regarding the issue following a letter by top Iranian religious figure Ayatolllah Mostafa Mohaqqeq Damad who had asked Pope Francis to take action to get unfair US sanctions against Iran lifted amid the COVID-19 pandemic.

The Vatican said in a letter to the Iranian scholar that it had contacted US Ambassador to the UN Kelly Craft and relayed to the top diplomat Iran’s concern, demanding Washington to pay attention to the issue.

In the letter, the Vatican expressed sympathy with people in Iran and all other countries gripped by the coronavirus.

The letter underlined that this ordeal brings to light the fact that people are members of the same human community and should set aside enmity and hate.

In the letter, the Vatican said Pope Francis has urged all humans to live in peace and harmony on the planet earth.

It also said the pontiff believes Iranian authorities will spare no effort to help establish peace and unity and will avoid any action that would fuel tensions.