Western rivalry against the backdrop of nuclear talks 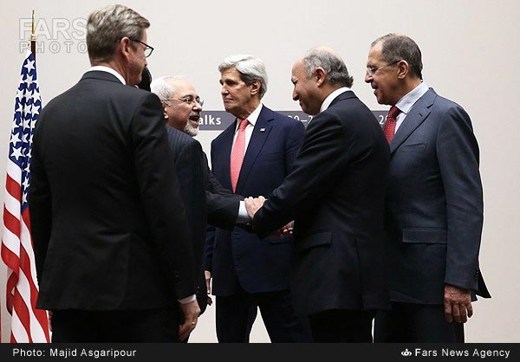 Arman-e Emrooz says in an opinion piece that the US is making preparations for getting into the Iranian market after Tehran and P5+1 strike a final deal.

Iran has recently hosted Western officials who have come to the country to talk business despite the fact that part of the sanctions are still in place. These visits show a shift of policy in the West which did not want to have economic interaction with Iran before a final nuclear deal, citing that trade transactions with Iran would breach the sanctions regime.

Arman-e Emrooz daily on March 2 ran an opinion piece by Javid Ghorban Oghli, an international relations expert, on how Western countries are impatient to invest in Iran after the possible conclusion of a final nuclear deal. The following is a partial translation of the piece:

Word has spread that a number of global giants have sent their representatives to Iran to open talks, eagerly waiting for a final deal to get into the Iranian market.

The Americans, who have been absent from Iran for more than 30 years, are putting together their plans not to let that 30-something-year absence and political disagreements stand in the way of their efforts to make a comeback to Iran.

Thus, a political deal they have raised [as part of a final nuclear deal between Iran and P5+1] is, partly, related to atomic issues, and in part, about the assurances the US needs about its active role in the Iranian market following the conclusion of a comprehensive deal.

That’s why Washington has entered a race in which it has lined up against European nations, among them Italy and France.

[…] What the US is doing could be seen as an attempt to set the stage for the future when a deal is inked with Iran.

Iran too should play its own part when it comes to the post-deal period. It needs to set up a working group to identify the country’s development needs and recognize those countries whose relations with Iran can bring more benefits to the Islamic Republic.

Unfortunately over those eight years [when Ahmadinejad was in power], Iran had ties with China, Russia and India. So, Iran needs to work on that working group which can – after the nuclear talks possibly end in a final comprehensive deal – manage the country’s ties with other nations, especially economically developed nations, in keeping with its national and development needs.