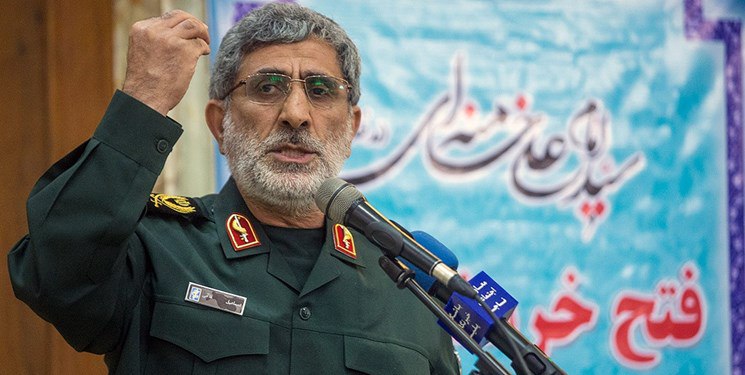 The commander of the Quds Force of Iran’s Islamic Revolution Guards Corps (IRGC) says the United States understands no language other than the language of force.

Brigadier General Esmail Qaani said if American officials were wise enough, they would give up confrontation with the Islamic Republic of Iran because “their threats were turned into the best opportunity.”

“They imposed the [Iraqi] war on Iran (in the 1980s), but the same war turned into the best opportunity for us, so that the whole world got to know this Establishment and Revolution,” said the top commander.

He said his predecessor Major General Qassem Soleimani, who was assassinated by the US in Iraq over a year ago, was kind to the deprived and the oppressed, but at the same time, was tough in dealing with the US and “used a language that US authorities would understand.”

He underlined martyrs gave their lives to keep the path of resistance alive, and added the path of martyr Soleimani and other martyrs will continue.