US Trying to Pit Muslims against Each Other, Iran Leader Warns 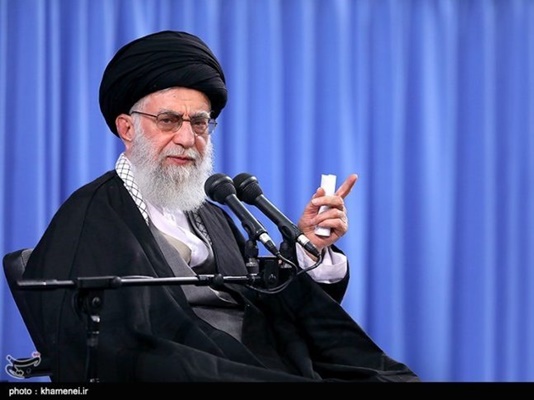 Leader of Iran’s Islamic Revolution Ayatollah Seyyed Ali Khamenei says the United States is trying to pit Islamic nations against each other, so that Muslim people are killed by fellow Muslims.

In a Monday message to Hajj pilgrims, Ayatollah Khamenei said solidarity and unity among Muslim people is what the Hajj annual pilgrimage calls, but that is the opposite of what the enemies of Islam are aspiring to do.

Enemies try to incite Muslims to fight against each other at all times, especially, during the present time, Ayatollah Khamenei warned.

“Look at the behaviour of the arrogant and criminal US today. Its essential policy against Islam and the Muslims is warmongering,” the Leader noted.

He said the US’ vicious efforts are aimed at having Muslims killed by other Muslims, causing some oppressive groups to attack some oppressed ones, supporting the front of the oppressors, suppressing the oppressed front through it, and always fuelling this appalling conspiracy.

“Muslims should be aware and nullify this satanic policy. Hajj prepares the grounds for this awareness, and this represents the philosophy of declaring repudiation to pagans and arrogant powers during Hajj,” he added.

The Leader also urged Hajj pilgrims to pray for the Islamic Ummah, the oppressed people in Syria, Iraq, Palestine, Afghanistan, Yemen, Bahrain, Libya, Pakistan, Kashmir and Myanmar and other parts of the world.

He also called on them to ask God to cut the hands of the US and other arrogant powers, and their supporters.