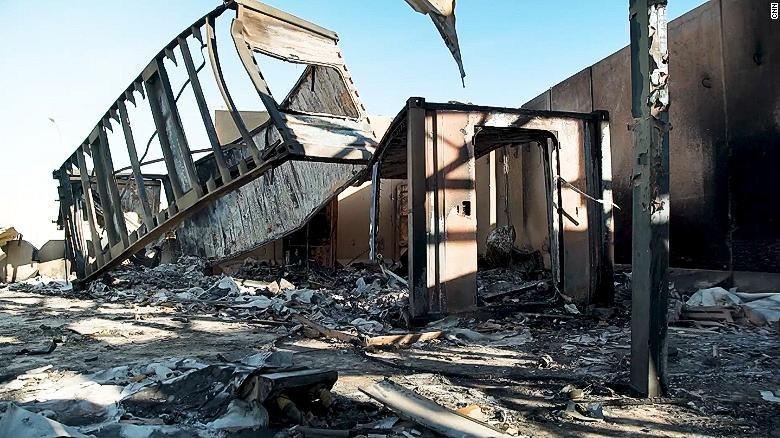 General Sharif said in American literature the word “slain” has now changed its meaning to “trauma” in order to disguise their defeat.

He made the remarks in an address to Tuesday rallies marking the victory of Iran’s Islamic Revolution in the city of Birjand in South Khorasan Province.

The US announced on Monday that over 100 American service members have been diagnosed with mild traumatic brain injuries in the wake of the January 8 Iranian missile attack on the Ain al-Assad military base in Iraq.

The statement added that nearly 70% of the injured service members have returned to duty.

In his Tuesday remarks, General Sharif further said today the Americans and Zionists are fully conspiring against the Iranian people.

“The enemies of the Islamic Republic did not refrain from any conspiracy against the establishment,” he added.

Talking about General Soleimani’s assassination, Ramezan Sharif underlined that the enemy made a big mistake by assassinating him because his martyrdom will put an end to the presence of the US and Israel in the region.

Elsewhere in his remarks, this Iranian IRGC commander said “We are loudly announcing we do not have the slightest problem in defence, military and security, and the greatest powers in the world cannot threaten the national and geographical interests of Iran.”