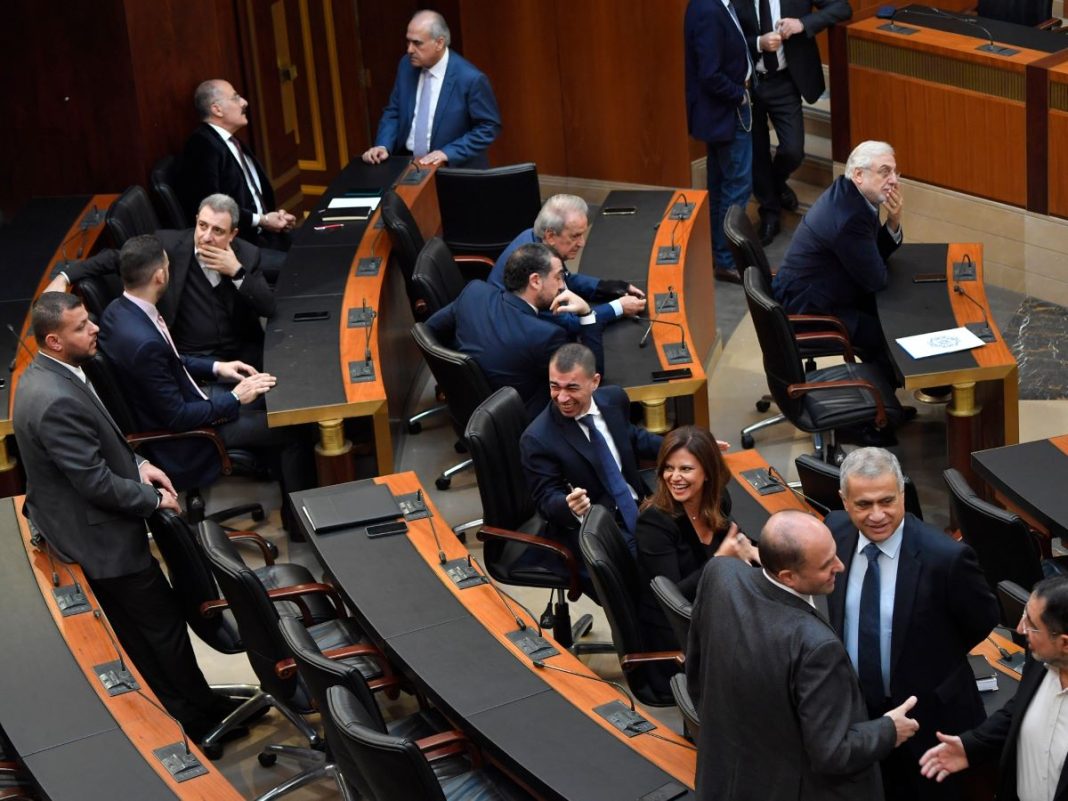 Top Republican and Democratic senators have urged the administration of US President Joe Biden to use sanctions to pressure Lebanese lawmakers to form a new government.

“Instead of simply waiting for political movement and reforms, it is time for the administration to implement a more forward leaning policy,” Republican Senator James Risch and Democratic Senator Robert Menendez said in a letter sent to US Secretary of State Anthony Blinken and Treasury Secretary Janet Yellen on Friday.

“We urge the Biden administration to use all available leverage, including the threat of sanctions, to ensure that Lebanese lawmakers select a new president and form a government in a timely manner and implement overdue economic reforms,” said the letter, viewed by Middle East Eye.

Accusing the Lebanese lawmakers of “corruption,” Risch and Menendez added, “We strongly urge the administration to use its existing authorities to sanction members of Lebanon’s financial and political elite across the political and sectarian spectrum who are engaging in corruption and undermining the rule of law.”

The Lebanese parliament, which is divided between camps for and against the Hezbollah resistance movement, failed for the 10th time on Thursday to select a replacement for former President Michel Aoun, whose term expired in October.

Thursday’s vote was attended by 109 lawmakers in the 128-member parliament. Candidate Michel Moawad, who is seen as close to the United States and backed by the Lebanese Forces Party, received 38 votes, well short of the figure needed to win the first round.

A candidate needs two-thirds of the vote, or 86 lawmakers, to make it through the first stage. An absolute majority is needed in subsequent rounds.

A total of 37 lawmakers cast blank ballots, while the other votes went to other candidates. Speaker Nabih Berri ended the session without setting a date for another voting session, which was usually held on a weekly basis over the past nine voting sessions.

Lebanon’s presidency has seen stalemate several times since the 1975-1990 civil war. The country has also had only a caretaker government since May.

The Arab country has been mired in an economic crisis that the World Bank has dubbed one of the worst in recent history, which comes amid crippling sanctions imposed by the US and its allies.

The Lebanese pound has lost more than 95 percent of its value on the black market since 2019.

According to the United Nations, the ongoing financial crisis in Lebanon has caused poverty rates to reach more than 80 percent of the population, and food prices have risen by an astonishing 2,000 percent.

Creditors under the US influence such as the International Monetary Fund (IMF) have conditioned the release of billions of dollars in emergency loans to specific reforms which many observers would make the country dependent on the West.