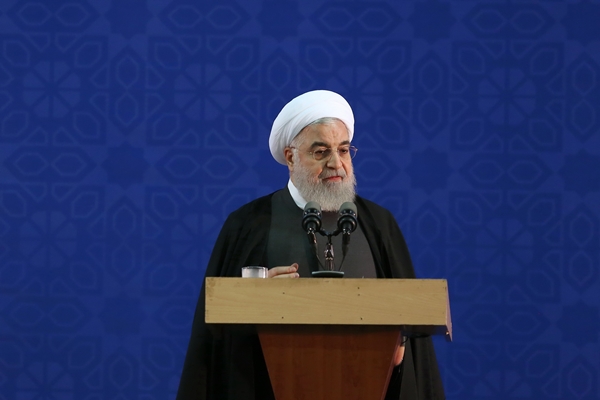 Iran’s president says the United States wants to have the Iranian currency devalued in order to achieve its illegitimate objectives.

Hassan Rouhani said the devaluation happens only when demand for the currency drops because its value rises otherwise.

“The Americans also seek to disrupt our forex-based transactions,” he said in a Saturday meeting in Tehran.

“We need to increase our forex revenues and reduce forex expenses,” the president noted.

He underlined Iran is no longer importing wheat, which means its forex expenses have dropped.

“We have been self-sufficient in wheat for four years now while we used to import 6 million tonnes of wheat at a certain point a time,” he said.

“We have now joined countries which export diesel, and we have reached self-sufficiency in gasoline production, and if people economize [on gasoline], we will become an exporter of the product as well, which will save the country’s foreign currency,” said the president.

As for increasing the nation’s forex income, President Rouhani recalled that non-oil revenues hovered around some $43 million last year.

“Almost the same amount of forex income was earned from oil exports,” he added.

“They seek to decrease these two rates (Iran’s oil and non-oil earnings), and we should continue to sell petroleum and increase our production and exports in a bid to stand up to US conspiracies to prevent our oil sales,” President Rouhani said.

Elsewhere in his remarks, the president noted that the United States seeks to bring the Islamic Republic of Iran down by sowing discord in the country and pitting different groups against one another.

“Now, the situation in the country has rather improved with regards to this issue, but we have yet to go to reach the desired point,” he said.

“Unfortunately, some people don’t believe that we are engaged in political, economic and psychological wars with the US,” he said, adding everyone should come to realize that.