US Sanctions to Cost Dearly for Iranian Patients: Minister 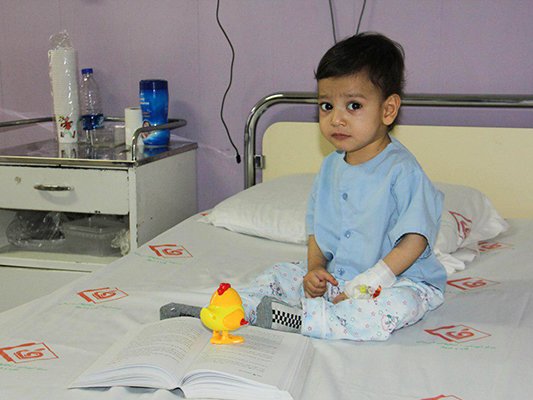 Iran’s Minister of Health and Medical Education says the US president makes humanitarian gestures, but indeed he plans to increase pressure on Iran in the fields of medicine, medical equipment and basic goods, which are going to have dire consequences for ordinary citizens of Iran.

Seyyed Hassan Qazizadeh Hashemi says the Iranian foreign ministry can reveal the horrible nature of those who claim to be advocates of human rights and defenders of the people of the world, but in practice harm ordinary citizens through sanctions.

However, the Islamic Republic will not allow anyone to harm people in the field of health, he said, speaking in a meeting with Iranian ambassadors overseas.

Referring to the proper quality of pharmaceuticals and medical equipment made in the country, Qazizadeh Hashemi said, “Our goal in these two areas is to, at first, supply the country’s needs and then export Iranian products.”

Hashemi highlighted the World Health Organization’s reports on the health situation in Iran, saying that Iran is one of the 10 leading countries in the field of combating non-contagious diseases, and that the president of the Islamic Republic, in September, will report on Iran’s actions in this area at the UN.

The US pulled out of the 2015 nuclear deal with Iran early March, threatening to impose the “highest level” of bans on the Islamic Republic that would ultimately destroy its economy.

While US President Donald Trump claims he is a supporter of the Iranian nation and their rights, the sanctions imposed on the country are expected to target millions of ordinary citizens, particularly the poor and the patients.