‘US Sanctions Putting Lives of Iranian Patients in Danger’ 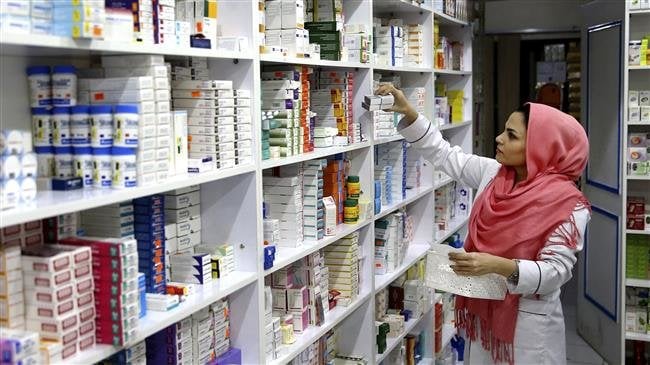 President of the Academy of Medical Sciences of the Islamic Republic of Iran Alireza Marandi says the United States has endangered the lives of many Iranian patients by imposing "unjust" food and medicine sanctions against Tehran.

“Despite the illegality of sanctioning food and medicine, the US government is preventing access to these vital resources and has therefore put in danger the lives of many patients from small children to the elderly who are in urgent need of medicine and medical equipment,” Marandi said in a letter to United Nations Secretary General António Guterres.

He pointed to the clear detrimental effects of these sanctions on Iranian children suffering from cancer and said, “The US sanctions policy on the Islamic Republic of Iran has been devised in such a way that prevents all banking exchanges including access to essential medicines and medical equipment which are now virtually impossible.”

Marandi called on the UN to act against the US “incessant violation of human rights.”

“When will the lives of children, women and men across the globe be protected from the criminal behavior of the United States?  Until when should cancer, organ transplant and other patients fear death because they are deliberately denied medicine and medical equipment?” he asked.

The Iranian academy official criticized the deafening silence of international human rights organizations, especially the United Nations, for their indifference to the suffering illegally imposed on the ordinary people of Iran.

“This indifference will further discredit the United Nations in the eyes of people around the world,” Marandi pointed out.

He urged the UN to take “immediate and serious measures” against the US “criminal actions which are in defiance of all international conventions and norms.”

Iran’s Foreign Minister Mohammad Javad Zarif on Monday scolded his American counterpart, Mike Pompeo, for his sharp attack on a US magazine that published his threat to starve the Iranian people through sanctions, saying Pompeo must assume responsibility for what he says.

In a post on his official Twitter account, Zarif said Pompeo “should either own what he says, or disown what US does. Can’t have it both ways.”

Zarif was responding to an earlier claim made by Pompeo on his Twitter account in which he accused “fake Newsweek”  of helping spread lies.

Zarif also said on Thursday that the United States should be held responsible for “crimes against humanity” it is committing against the Iranians as well as the Yemenis.

“The US is to be held accountable for crimes against humanity re Iran & Yemen,” Zarif tweeted on Thursday. He was referring to America’s sanctions against Iran and its support for the Saudi Arabia-led war on Yemen.

In his interview with BBC Persian, Pompeo had claimed that “the challenge in Yemen is in large part the responsibility of the Iranian leadership,” repeating Washington’s allegation against Tehran of arming Yemen’s popular fighters, which the Islamic Republic roundly denies.

The administration of US President Donald Trump announced the re-imposition of the “toughest” sanctions ever against Iran’s banking and energy sectors with the aim of cutting off the country’s oil sales and crucial exports.