US’ Reliance on Nukes Bringing Mankind Closer to Annihilation: Iran

In a tweet published on Saturday, Zarif wrote, “The US Nuclear Posture Review reflects greater reliance on nukes in violation of the NPT, bringing humankind closer to annihilation.”

He added that “No wonder the Doomsday Clock is at its most dangerous since 1953. Trump’s obduracy in killing the JCPOA [Iran nuclear deal] stems from the same dangerous imprudence.”

Zarif’s comments came after the latest Pentagon policy statement known as the Nuclear Posture Review (NPR) was released on Friday showing greater willingness to use nukes.

The US military has proposed diversifying its nuclear arsenal and developing new, smaller atomic bombs, largely to counter Russia. 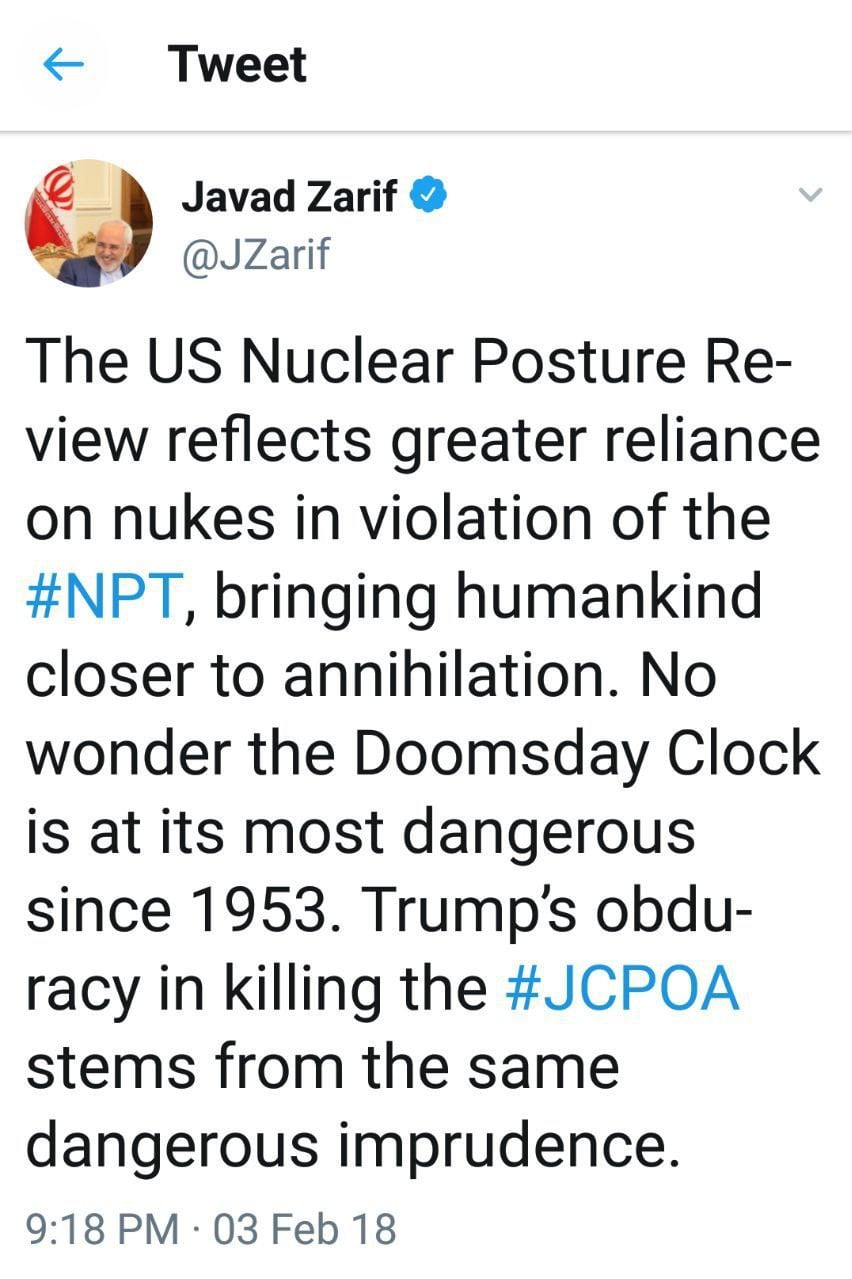 The document said the US will develop for deployment a “low-yield” nuclear warhead for submarine-launched ballistic missiles.

Low-yield weapons are smaller, less powerful bombs with a strength below 20 kilotonnes.

“Our strategy will ensure Russia understands that any use of nuclear weapons, however limited, is unacceptable,” the document said.

It is the first time since 2010 that the US military has outlined its perception of future nuclear threats.

However, critics have accused the Trump administration of challenging the spirit of the NPT.