US Push to Reinstate Sanctions on Iran Has No Legal Basis: Official 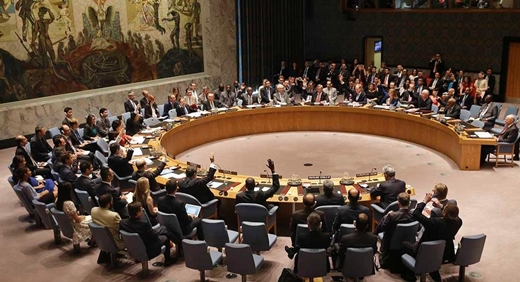 A senior Iranian official says measures adopted by the US against Iran have no legal foundation and is doomed to failure.

Mahmoud Vaezi, the chief of staff of the Iranian president, once again reiterated that Washington has withdrawn from the 2015 Iran nuclear deal, officially known as the Joint Comprehensive Plan of Action (JCPOA); and thus has no right to use mechanisms stipulated in the accord.

“From a political perspective, when a government does not accept the JCPOA and says it has been deceived [by having signed the deal], it cannot refer to the agreement,” he noted.

“So, the United States’ moves have no political and legal foundation,” Vaezi underlined.
He said the US also failed in its attempts to get the UN Security Council to reinstate international sanctions on Iran.

“Indonesia, the former president of the UN Security Council, announced loud and clear that the United States’ moves do not have a legal basis; so, the council cannot meet [to discuss Washington’s demand],” he said.

“Niger, the new head of the UN Security Council, too, shares the same stance,” he noted.
Vaezi then slammed US President Donald Trump for his stance on political issues.
“Trump is a business-minded person and thinks he can use force and pressure when it comes to political and legal issues, but he will get nowhere,” he said.

“Trump has also threatened to put sanctions on UN Security Council members, which is a new precedent,” he said.