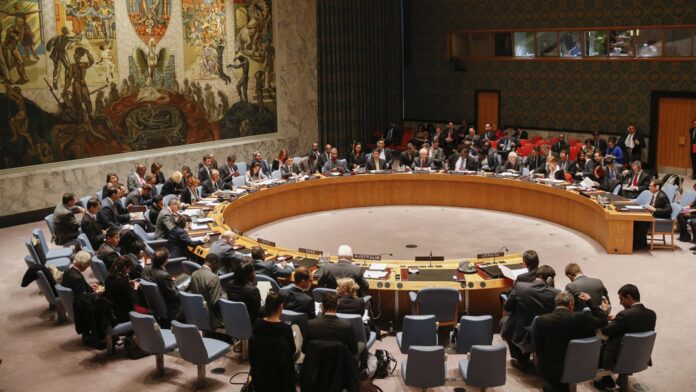 Iran’s president has hailed Niger for its refusal to support a US-initiated resolution on the extension of the UN arms embargo on Tehran, urging the African country to act independently during its presidency of the UN Security Council and stand against the US government’s unilateralism.

In a telephone conversation with his Nigerien counterpart Mahamadou Issoufou on Monday evening, President Hassan Rouhani congratulated Niger on holding the rotating presidency of the UN Security Council in September.

“I am confident that the Republic of Niger, as a member of the Non-Aligned Movement, will act quite independently and professionally during its presidency of the United Nations Security Council in the same way that it adopted a very constructive stance on the illegal resolution on extension of Iran arms embargo, and will prevent the US from abusing the United Nations and the Security Council for excessive demands and unilateralism,” President Rouhani added.

The president also highlighted the “constructive and positive” cooperation between Iran and Niger in the international organizations, such as the UN, the NAM and the Organization of Islamic Cooperation, and expressed gratitude to Niger for constant supports for the Joint Comprehensive Plan of Action (JCPOA) and the UNSC Resolution 2231 that endorses the nuclear deal.

“Certain countries’ abuse of the international circles has been the root cause of many problems in the contemporary world,” President Rouhani underscored, saying Tehran and Niamey share the view that the international relations must be based upon justice, righteousness, and human values founded on independence, solidarity and dignity.

Pointing to four decades of close cooperation between the two Muslim nations in various fields such as mineral exploration, health sector, and agriculture, President Rouhani expressed Iran’s readiness to share its experiences in the fight against terrorism and in the battle with the coronavirus pandemic with the republic of Niger.

For his part, the Nigerien president voiced the African country’s readiness to enhance relations with Iran in all fields.

He also highlighted the cooperation between Iran and Niger in the international organizations, including the NAM and the UN, and expressed satisfaction with the common views of the two Muslim nations about various international issues.

Niger has always tried to establish the international cooperation on the basis of major humanitarian values, Issoufou added, saying his country would employ the same strategy at the UN Security Council.