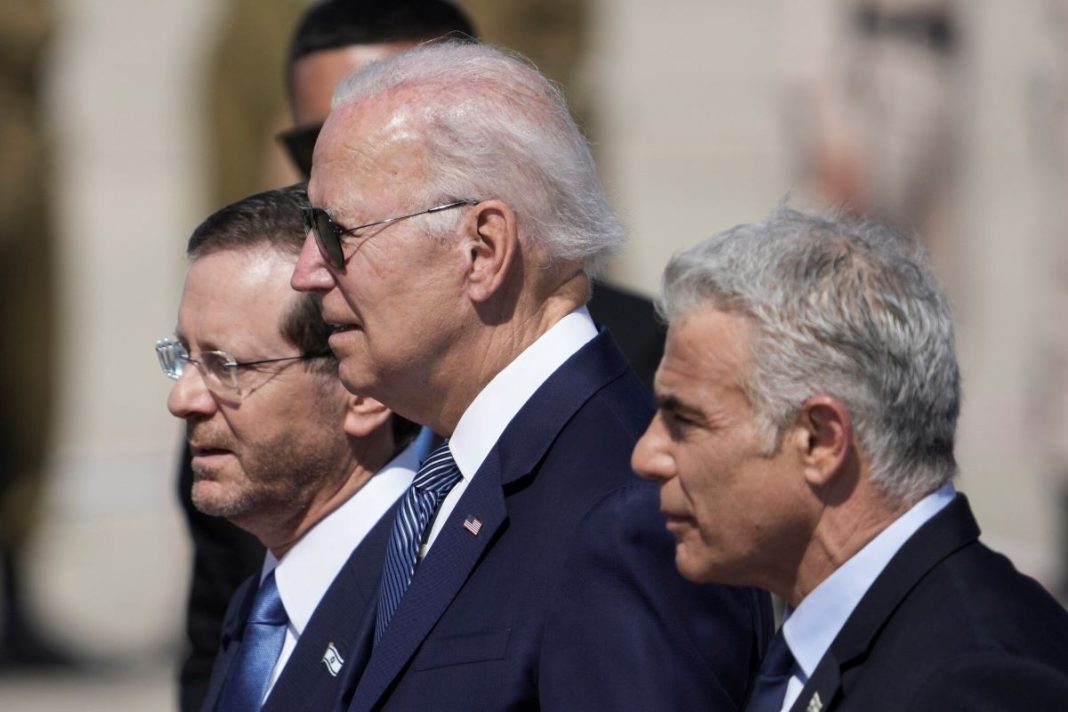 The White House is said to have rejected a request by Israeli Prime Minister Yair Lapid for an emergency phone call with US President Joe Biden regarding the 2015 Iran nuclear deal in an apparent last-minute push by Tel Aviv to derail the talks on a revival of the multilateral agreement.

Channel 13 news, citing unnamed Israeli sources, reported on Thursday that the US president’s office said Biden had been unavailable for a conversation with Lapid because he was on “a two-week vacation.”

Israeli minister for military affairs, Benny Gantz, will also reportedly not meet with US Secretary of Defense Lloyd Austin during his visit to Washington on Thursday, since Austin too has apparently left the city.

During his visit, Gantz is scheduled to meet the head of US Central Command (CENTCOM) as well as National Security Advisor Jake Sullivan. He has already said that his visit is aimed at conveying Israel’s position on a potential deal on reviving the 2015 accord, officially named the Joint Comprehensive Plan of Action (JCPOA).

Iran is currently reviewing a response from the United States on its comments to the European Union’s draft proposal aimed at salvaging the 2015 nuclear deal and lifting US sanctions.

Tehran announced it would announce its position following careful assessment.

Four days of intense talks between representatives of Iran and the five remaining parties to the nuclear deal ended on August 8 with a modified text proposed by the EU on the table. The talks came after a five-month hiatus as the US negotiators failed to overcome their indecisiveness.

Iran submitted its response to the EU draft proposal on August 15, a week after the latest round of talks wrapped up. After submitting its response, Tehran urged Washington to show “realism and flexibility” in order to reach an agreement.

However, it took almost ten days for the Biden administration to submit its own response to Iran’s comments on the EU draft.

Amid all the progress in efforts to revive the deal, Israel has launched an all-out public relations effort to try to stop the emerging agreement with Iran, warning of the consequences of going back to the multilateral accord.

In a briefing to foreign reporters on Wednesday, Lapid urged the US and the European Union to back away from the emerging deal, claiming it did not meet the standards set by Biden as it won’t prevent Iran from becoming a nuclear state.

“On the table right now is a bad deal,” Lapid stated, adding that he had spoken in recent days with the leadership of Britain, France and Germany, to reaffirm Israel’s opposition.

“I told them these negotiations have reached the point where they must stop and say ‘enough’,” he continued.

Former Prime Minister Benjamin Netanyahu also voiced his staunch opposition to the deal on Wednesday, saying the emerging new agreement is even worse than the original one.

“The terrible deal with Iran… casts a heavy shadow on our security and our future,” he told reporters in Tel Aviv.

Under Israeli influence, Rafael Grossi, the head of the International Atomic Energy Agency (IAEA) has also been repeating previous accusations against the Islamic Republic, while the Western officials and media have been expressing optimism about the finalization of the diplomatic process.