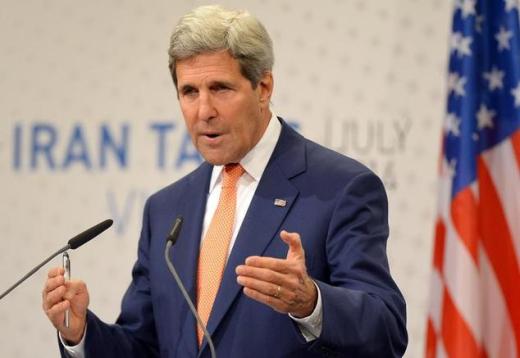 Hadi Ajili, a professor of international relations, says US sanctions against Iran are viewed by some as being tactical and by others as strategic.

In an interview with Mosalas [Triangle] Weekly in late December, Hadi Ajili, a professor of international relations at Tehran’s Allameh Tabataba’i University, examined the nature of US sanctions against Iran and said they could be viewed as being either tactical or strategic. The following is the translation of the Q and A:

Q. There are different views about US sanctions against Iran. Some view them as a tool to exert pressure on the Islamic Republic which won’t be lifted even if a nuclear deal is struck. What is your take on the nature of these sanctions? People in this group believe that once the underlying reasons for sanctions are gone, sanctions will lose their legitimacy. They also doubt the sustainability of the sanctions regime. With globalization of trade in full swing, maintaining sanctions for a long time is practically impossible, because there are many ways to bypass them.

They also argue that although sanctions are imposed by the US, Washington is not the country that actually implements them. After all, the US does not do much business with Iran. In other words, the US is imposing sanctions on Iran through proxy. It either begs other nations to honor the sanctions regime or coerces them into sticking to it.

Topping the list of US demands is that countries decrease the volume of oil they purchase from Iran. So other countries which do not necessarily support the US goals are the actual implementers of the sanctions regime. US threats to punish those who violate the sanctions and Washington’s pledges of favor have been two of the most important reasons why other countries have so far been sticking to the sanctions.

Q. Are you suggesting that most of these countries want things to return to the pre-sanctions era because they seek to reestablish trade ties with Iran?

A. That is right. These countries are after normalizing ties with Iran. Their purchase of Iranian oil in the past has been a result of their need which still remains in place. In other words, continued sanctions also harm the interests of the countries which implement them.

Several European countries are waiting for the sanctions to be lifted and for US penalties affecting those who act in violation of the sanctions regime to be eased so that their firms could return to Iran and flood its market with their products.

That Iran has been a customer of European products so far makes Europe more interested than Iran in reestablishing ties. Such an interest on the part of Europe is meant to cushion the recession that still grips the continent.

There is a similar situation when it comes to oil. Countries in Southeast and South Asia like India need Iranian oil and their demand is bound to increase in the future. So they cannot remain committed to sanctions in the long run.

The reason why some describe the sanctions as tactical is that they believe countries which are implementing the sanctions want things to return to normal. In believing that they also resort to comments by the US president or his secretary of state that Washington might lose some allies if it wanted to walk further down the sanctions path.

That means the US is concerned its European and Asian allies might not want to maintain or step up the current level of sanctions. That is why Washington has agreed to sit at the negotiating table to settle the issues of Iran’s nuclear program and sanctions through dialogue.

So if the US Congress decides to slap more sanctions on Iran, countries other than the US will have to implement them. One should not forget that the US has already paid a heavy price to keep allies on board as far as implementing the sanctions is concerned.

Q. If we assume sanctions are tactical, as this group argues, how and when will they be lifted?

A. Conclusiveness of the nuclear talks would leave no reasons for sanctions to remain in place. That would be a reward for Iran. So far the US has controlled its behavior through punishment and sanctions, but when a deal is clinched the US will have to control Iran through easing the sanctions.

In either case, the US seeks to control Iran’s behavior. One way goes through imposing sanctions and the other through lifting or easing them. The pace of terminating or easing the sanctions would depend on the calculations of those in power in Iran.

Q. You said there are two views about sanctions. Tell us about the second one.

The reason why we didn’t feel the bite of the sanctions until 2012 was that they were being bypassed and the oil and central bank sanctions were not as tough as they are today. In 2012, sanctions targeting Iran were stepped up and began to bite.

So the ultimate goal is to replace the Islamic Republic, and the nuclear case is only one of the pieces of the puzzle.

A look at the sanctions laws passed by the US Congress vindicates the second group. Those laws slap sanctions on Iran because of what they describe as norm-breaking behavior on the international stage, including in the nuclear case, support for terrorist entities, human rights record and lack of democracy.

When the European Union imposed sanctions against Iran similar issues were raised. That the West’s disagreement with Iran is not simply over the nuclear issue is obvious. UN Security Council resolutions make mention of Iran’s missile capability and other non-nuclear issues too.

Q. Does that mean even if a comprehensive deal is struck sanctions would remain in place?

A. That’s right. According to the second group, the West has repeatedly said there are other issues that need to be addressed and the sanctions are not simply centered on the nuclear case to be removed upon conclusion of a nuclear deal.

In other words, the Americans have learnt how to put pressure on Iran. Of course Washington may ease the sanctions or at least stop imposing new ones in hopes of stopping the progress of Iran’s nuclear program.

But assumptions that conclusion of a nuclear deal will bring US-imposed sanctions and hostilities between the two countries to an end are wrong. As I said American enmity toward Iran does not solely center on the nuclear issue.

Q. In case of a deal what tools will the US use to sustain such animosity?

A. I don’t think the US will use the military option. That they sat at the negotiating table with Iran means they are unwilling to go to war with Iran. If the US can deal with a country militarily, they do not enter negotiations with that country. Sanctions provide a platform to sustain US hostility against Iran.

To that end, they would use ambiguous terms in the wording of the deal and prolong its implementations as much as they can. They would finally say their implementation of the provisions of the agreement hinges on certain conditions.

They want to make sure things would return to their previous state if and when Iran did something that they did not like. That means easing sanctions is a new project to control Iran’s behavior.

Q. If that is the way the US looks at Iran, what should Tehran do, both domestically and at the negotiating table, to prevent the realization of American goals?

A. Through sanctions the US seeks to cripple Iran’s economy and create domestic problems for the country. As long as the Iranian government remains solely focused on efforts to have the sanctions lifted and bring petrodollars into the country, it won’t have time to deal with other issues.

The US seeks to create conditions in which the farthest the Iranian government would be able to go is to handle the economy. That would eventually isolate the country, allowing the other side to identify Iran as a disagreeable player that has swum against the tide and thus subjected to punishment.

At this juncture Iran should make efforts to render sanctions ineffective by making sure that at the talks the questions of Iran’s nuclear conduct and the termination of sanctions do not land on two sides of a final equation. That would give the other side the opportunity to condition its lifting of sanctions on Iran’s conduct.

The Iranian side should act on the basis of the nuclear Non-Proliferation Treaty and force the other party to do the same thing. Iran should not allow its nuclear transparency to be a factor in the scale of easing sanctions.

Iran should act carefully because the other party will continue to stick to its present policy as long as they think the performance of Iran’s economy is tied to the question of sanctions. In fact, they think they are holding the controls of the Iranian economy and there is no reason to let go of the controls.

But if they feel that imposition and continuation of sanctions won’t have much impact on Iran’s economy, sanctions will lose their efficacy and cannot be used as a bargaining chip at the talks. That requires jihad-like efforts on the economic front.