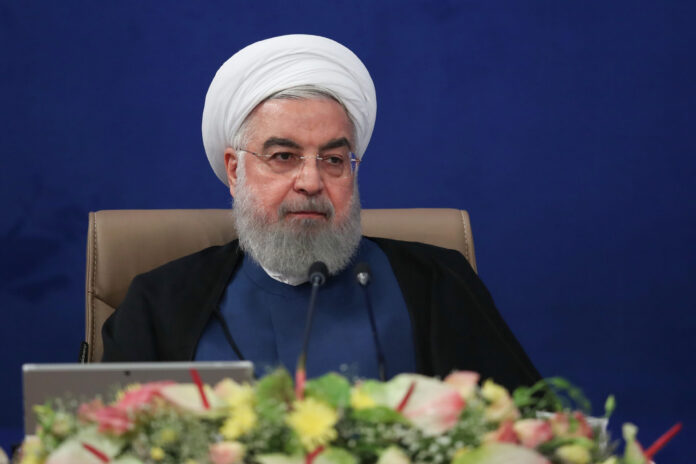 Iran’s president says enemies of the Islamic Republic, especially the United States and Israel, seek to sow discord within the Iranian society.

President Hassan Rouhani said Washington and Tel Aviv not only try to divide people and the government, but also make every effort to create divisions within the Establishment.

Speaking at a Cabinet meeting in the capital Tehran on Wednesday, Rouhani said enemies want to disappoint the Iranian people’s hopes in the System. He urged all to stand up to enemies’ plots and maintain their unity.

He also praised Tehran’s efforts to have several UN Security Council anti-Iran resolutions lifted, despite US efforts to keep them in place.

The president then touched upon the handing over of “Justice Shares” to people. He said part of the shares have been freed up, the rest will be gradually freed in the coming months.

Justice Shares refer to shares issued in the name of Iranian people as part of the government’s privatization plan.

The shares, owned by people, had until recently been under the control of the government, which has just begun to free them up, so that their owners can trade them as they wish.