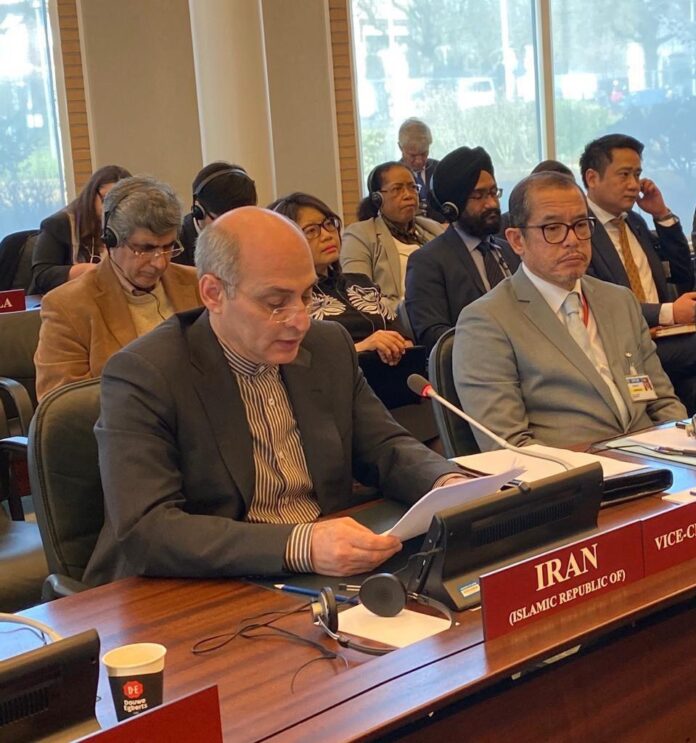 Permanent Representation of the Islamic Republic of Iran to the Organisation for the Prohibition of Chemical Weapons (OPCW) has held the US government accountable for the lack of full implementation of chemical disarmament due to its failure to destroy its stockpile of chemical weapons.

Iran’s envoy to OPCW Alireza Kazemi Abadi delivered a speech to the 93rd Session of the Executive Council of the Organisation for the Prohibition of Chemical Weapons on Wednesday, March 11.

In his address, Kazemi Abadi pointed to the unilateral sanctions imposed on the Islamic Republic of Iran, saying the inhumane sanctions on medicine and treatment have adversely affected the victims of chemical weapons in Iran and have practically hindered the process of treatment of the people injured in the chemical attacks.

The Iranian representative also touched on the initiative announced by the OPCW Director-General, calling on the Member States to participate in the efforts to remove the obstacles to the access to medicine and treatment.

The Iranian representative also expressed delight at Syria’s cooperation with the Organisation for the Prohibition of Chemical Weapons, and called for the continuation of the cooperation until the elimination of chemical terrorism.

Kazemi Abadi further highlighted the need for the Executive Council of the OPCW to make decisions by consensus, and slammed as politically-motivated and unacceptable the proposal from a number of Western countries to ban and restrict the use of some chemical substances that are not banned under the Convention or to make changes in the modus operandi of the Advisory Body on Administrative and Financial Matters (ABAF) of the OPCW.

The Ninety-Third Session of the Executive Council of the Organisation for the Prohibition of Chemical Weapons kicked off at the OPCW headquarters in The Hague, the Netherlands, on Tuesday, March 10, and will go on until Friday, March 13.

The OPCW has 193 Member States. In its regular sessions, the Executive Council discusses the latest international developments and policies against the use of chemical weapons. The permanent representative of the Islamic Republic of Iran is one of the vice-chairs of the Executive Council of the OPCW.