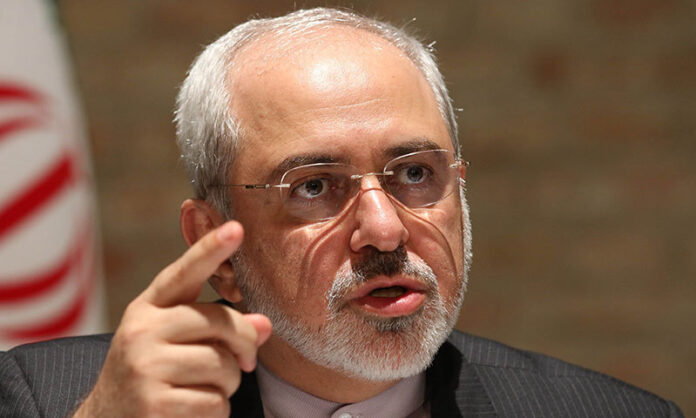 Iranian Foreign Minister Mohammad Javad Zarif says the United States will likely receive a low grade for its commitment to implementation of last July’s nuclear agreement between Iran and the P5+1 group of countries.

Zarif made the remarks in an exclusive interview with Iran’s IRIB News Agency on the occasion of the first anniversary of the nuclear agreement, known as the Joint Comprehensive Plan of Action (JCPOA), between Iran and the five permanent members of the UN Security Council – the United States, France, Britain, China and Russia – plus Germany on July 14, 2015.

He added that the JCPOA is a “very important achievement” for the Islamic Republic as it safeguarded the Iranian nation’s dignity on the international scale, recognized its rights, scrapped the resolutions of the United Nations Security Council and prevented new sanctions against the country.

Iran and the six world powers started implementing the JCPOA on January 16.

Under the deal, all nuclear-related sanctions imposed on Iran by the European Union, the Security Council and the US should be lifted. Iran has, in return, put some limitations on its nuclear activities.

Zarif emphasized that the JCPOA was “a very defensible document” which proved that nothing can be imposed on the Iranian nation through pressure.

He reasserted Iran’s continued implementation of its obligations under the JCPOA with seriousness and precision, and the country’s resolve to prevent the opposite side from failing to meet its own commitments.

Following the JCPOA implementation, many European banks started transacting with their Iranian counterparts, he said.

“However, a number of banks are still in fear of US regulations, but we believe that such fear is a psychological fear emanating from conservative nature of monetary and banking institutions and not from regulations which prevent cooperation with Iran,” the foreign minister pointed out.

He said Iran has focused its attention on making the best use of the opportunity created after the JCPOA implementation, but the country will always remember that the US does not keep its promises.

Zarif added that Washington has certainly failed to make enough efforts to allay the international community’s concerns, which were the result of its policies against Tehran over almost a decade.

After the JCPOA went into effect, congressional Republicans have introduced many sanctions bills and other legislation to undermine the agreement that is viewed as a foreign policy legacy of President Obama’s administration.

The American banks are still banned from dealing with Iran as part of an old US trade embargo that still remains in place. Accordingly, this is believed to have already effectively blocked any transactions with Iran which is based on US dollar, because they would ultimately have to be cleared in the US.